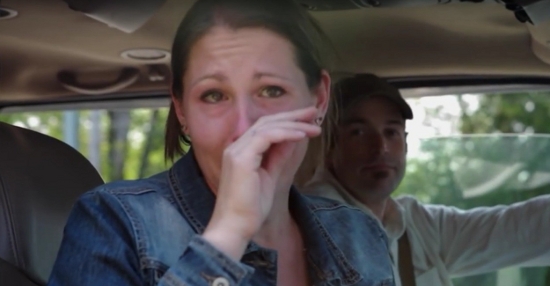 The "love" that dare not speak its name, which has become the "love" that won't shut up, is now going after soft targets, like cowardly mass murdering shooters with assault rifles going after sitting-duck targets in "gun free zones" (like schools) where they won't meet resistance, or, better, like Planned Parenthood, with the support of tax dollars, going after even softer targets like babies in their mother's wombs.

The same-sex couple who were previous customers of Aaron and Melissa Klein and their bakery, and were refused only their request of catering a cake in celebration of their same-sex "wedding," have decided, instead of walking down the street to another bakery, to behave like veritable crybabies and claim $150,000 in "psychological" and "emotional" damages for being refused a ... "wedding" cake. "It's THE LAW!" cry their cold-blooded fans. Let 'em suffer, Christian bigots! Serves 'em right. And so ... the "love" that dare not speak its name, which has become the "love" that won't shut up, has become the "love" that hates Christians so much that it's willing to destroy their livelihood and bury a loving family and all their kids in oceans of financial debt. All out of the "love" of their tender sodomitical hearts.

Thus "liberalism" shows its true illiberal colors. The promoters of sexual "tolerance" and "rights" have become the most ruthlessly repressive jack-booted thugs in recent history, hellbent on depriving others their religious rights. Only the cowardly crybabies won't face their opponents in the ring, but hide behind their new homofascist laws, their money-grubbing lawyers, and their water-carriers in the drive-by media, whining like crybabies that their f-e-e-l-i-n-g-s were hurt because their were turned down a cake. (Let them try a Muslim bakery in Dearborn, Michigan, and see what happens.) The pattern is all too familiar to any student of history, from the French Revolution, which devoured its own children, to the Bolshevik Revolution, which outdid the French by slaughtering upwards of 50 million people according to the Rousseauian dictum, "they must be compelled to be free." Plato was right: democracies teetering on the edge of anarchy can quickly collapse into totalitarian tyrannies.