"I will go in unto the Altar of God
To God, Who giveth joy to my youth"
Tridentine Community News by Alex Begin (May 31, 2015):

The annual bus tour to the major Catholic Shrines of Toronto, Montreal, and Quebec City will take place a few months earlier than in previous years, late Sunday, June 21 through Friday, June 26. Tridentine Masses are planned at Montreal’s Notre Dame Basilica and St. Joseph’s Oratory, and at the Shrine of Sainte Anne de Beaupré near Quebec City. A Mass is also planned in Toronto at a church yet to be determined. For more information or reservations, visit www.prayerpilgrimages.com or call (248) 250-6005.

We have before written about the resurgence in popularity of traditional church designs. A significant new edifice was dedicated on April 12 by Diocese of Lincoln, Nebraska Bishop James Conley: The Newman Center, a.k.a. St. Thomas Aquinas Church, at the University of Nebraska. Designed by Washington, DC firm McCrery Architects, the Newman Center sports a High Altar, at least one Side Altar, a Communion Rail, a choir loft with pipe organ, and traditional artwork and stained glass. Below are some photos, taken from McCrery’s blog: 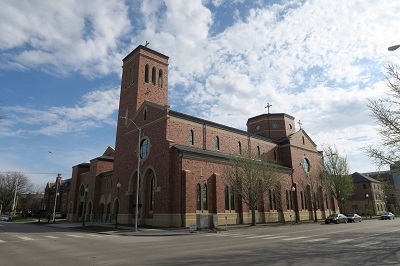 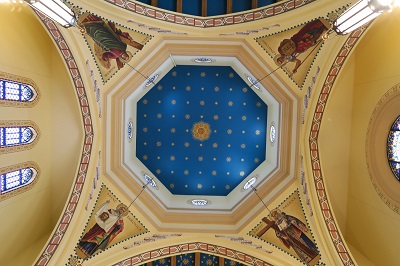 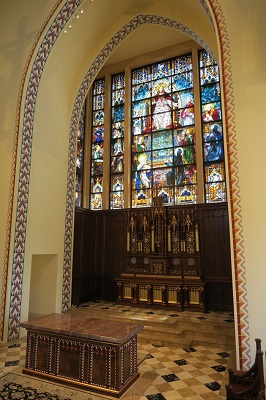 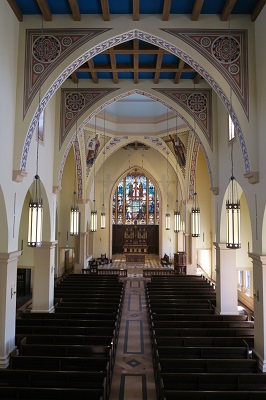 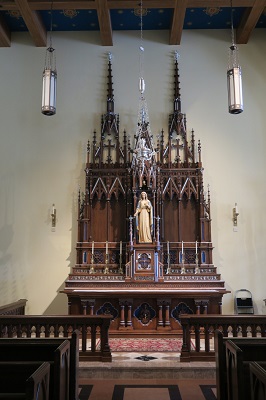 While so far only Masses in the Ordinary Form have been held at the Newman Center, the Diocese of Lincoln has a long record of being Tridentine-friendly. With a building so ideally suited to traditional liturgy, one can only hope that Holy Masses in the Extraordinary Form are offered there soon. Regardless, the atmosphere for prayer that such a church sets can only help to edify the faithful.

Raymond Cardinal Burke continues his globetrotting celebrations of Masses in the Extraordinary Form with a stop at the co-cathedral of the Archdiocese of St. Paul and Minneapolis, the Basilica of St. Mary. His Eminence will celebrate a Pontifical Solemn Mass there on Saturday, September 19 at 10:00 AM. Readers may recall that the architecturally impressive Basilica was featured in Episode 3 of Extraordinary Faith. The Basilica thereby joins its sister co-cathedral, the Cathedral of St. Paul, in hosting a Tridentine Mass; the Cathedral of St. Paul held one last fall.

[Comments? Please e-mail tridnews@detroitlatinmass.org. Previous columns are available at http://www.detroitlatinmass.org. This edition of Tridentine Community News, with minor editions, is from the St. Albertus (Detroit), Academy of the Sacred Heart (Bloomfield Hills), and St. Alphonsus and Holy Name of Mary Churches (Windsor) bulletin inserts for May 31, 2015. Hat tip to Alex Begin, author of the column.]
Posted by Pertinacious Papist at 7:25 AM
Email ThisBlogThis!Share to TwitterShare to FacebookShare to Pinterest
Labels: Church architecture, Liturgy, Newman, News