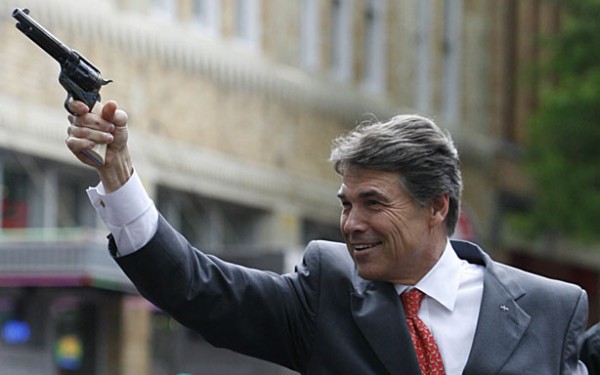 This post by Fr. John Zuhlsdorf inspired a lively discussion with some erudite comments. One reader suggested that the next president, if sufficiently conservative, could head off the persecution that seems to be barreling towards us at breakneck speed. To that idea, a fellow named Dennis Martin responded:

“No president can change the trajectory. The bureaucracy can destroy any president it sets out to destroy. Even if a incredibly gifted president-leader managed to move reform legislation through Congress, the fundamentally lawless mentality of a rising majority of the culture would do a ‘non serviam’.

The Department of Justice is now loaded with radical civil service appointees who cannot be removed because of civil service protection. The federal appeals courts are loaded similarly because the Democrats politicized judicial appointments 30 years ago (Bork), denied George Bush many of his appointments, and then railroaded many of Obama’s during the last Congress. Beyond that the law schools are hopelessly politicized. The chatterati, the intellectuals, the journalists, the financial sector–all the movers and shakers are now post-Christian, deeply-contraceptive, deeply anti-nature and thus deeply lawless. They don’t realize it but they have no god but Power.

The problem is far beyond what even the most gifted single leader can address. We have a culture that is anti-culture, that hates law itself, hates nature itself. No, not everyone is like that but the elites of the culture and, in a curious but really not surprising way, also the hoi polloi in the ‘just gimme mine and leave me alone’ segments of the culture, are like that now.

Nature is real and powerful and in the end will reassert Herself as the truth from the Creator. Human nature, divine nature, natural law cannot be buried for ever. But they can be buried for the lifetimes of one or more generations–until the prosperity and comfort built up over centuries is finally dissipated and brutal scramble for survival sets in. The truths of Caritas and Creator will eventually be rediscovered, in desperation and calamity at the bottom. But not before much evil and bloodshed has been visited upon this and other lands.”

Absent a miracle from heaven on a grand scale, I have to agree with Mr. Martin. All is masterfully arranged. Everything is now in place, including a relentless and ubiquitous propaganda infrastructure. And while many Americans are still kindasorta sympathetic to Christian morality, insofar as it fits their favorite political narrative, that sympathy is hopelessly soft and easily swayed by the emotional manipulation of the Left. Not that “conservatives” don’t also resort to emotional manipulation, but grown-ups always fail when they try to be cool. When it comes to the same-sex “marriage” issue, the sob stories of the Left are more persuasive for a couple of reasons – first, most Americans accept Liberalism’s flawed assumptions about reality; and second, most Americans place a high premium on their own sexual freedom.

It seems ridiculous and surreal that something as marginal as homosexuality would trigger the demise of a great civilization. In 500 years, if this poor earth is still around, archaeologists and historians will be scratching their heads at this one.

In light of the opening Chesterton quote, this redounds upon the cheery fact that those constituting the political majority of our electorate are pretty much those "dead things" floating "with the stream." Then again, it would be nice to be surprised.

Yes, it would be nice to be surprised. Personally I'm hoping Perry surprises everybody and ends up being the choice. I know there's lots of Perry-haters but I'm not one of them. Maybe it's just me and my rebellious nature. I do love Texas swaggering men. :)

And yet many Traditionalists can not break themselves of the habit of voting as though the establishment would allow to stand for election any man who could dispossess them of power.

Years ago Raider Fan read a great fictional novel "Crashmaker," (published 2000) that described what actions would be necessary to restore the Republic but it was apparent that even then , in 2000, it was a hopelessly lost cause.

Lincoln slayed state sovereignty and we worship at his statue in Washington - even men like the putative conservative, Glenn Beck - and, to R.F. that says everything about how hopeless our situation is.

The next election, stay home, drink some quality cabernet, and listen to Vivaldi.

"It seems ridiculous and surreal that something as marginal as homosexuality would trigger the demise of a great civilization."

It didn't - contraception did. Homosexuality, abortion, etc. are merely symptoms of the principle problem, which illustrate the great evil in trying to control what is God's alone to control.

Some day, maybe not in our lifetimes, He will send a great saint to save us.