Holes or cracks in the Dutch dike: Schillebeeckx and other Nouvelles

Another couple of comments from Guy Noir on why he sometimes think that certain nouvelles may by offering not marzipan but (in a nod to CS Lewis) turkish delight...

I visited the Europe over 20 plus ago as a high school student. On a train we sat in a car with three Dutch youths. To this day I remember their incredulous remarks about the religiosity of America. So that cheery youthful ‘contempt’ they exhibited came back to my mind as I read this disturbing description of the spiritual aridity of Holland. Even 20 years ago the churches we visited were empty museum pieces — I wonder what impression it would all make on me now. But I do not wonder at all at the enabling role of theologians like Edward Schillebeeckx and even more well-meaning Nouvelles in the fallout form a perfect storm of modernism. Once again I remember someone telling me that people and tides do not ‘sit still’ in the spiritual life. We are constantly moving in one direction or another.

And with such a window box as a backdrop, this next linked item rings true. The problems in Church governance seem more like cracks than like holes in the dyke. Things won’t collapse as much as get so porous Catholics and non-Catholics alike will just be palling amidst a slough. Or are we already?

And then, there's this (also from him): 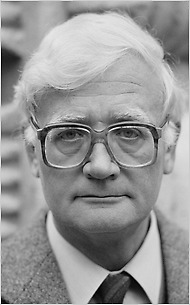 So I then decided to google Edward S[chillebeeckx -- although some also like to call him Sillybeecks].

This is telling. He sounds like he would be quite the Man of the Hour with a couple of very minor tailorings. I also saw that in addition to Ratzinger and von Balthasar, founding members of COMMUNIO included none other than Kasper and Lehman. I believe that tells us something significant:

The Rev. Edward Schillebeeckx, a prominent member of a wave of Roman Catholic theologians who helped reshape Catholicism during the Second Vatican Council and whose writings were later investigated for heresy, died on Dec. 23 in Nijmegen, the Netherlands. He was 95.

He died after a short illness, according to the Edward Schillebeeckx Foundation in Nijmegen, which preserves his work.

Although born and raised in Belgium, where he entered the Dominican religious order, Father Schillebeeckx (pronounced SKIL-uh-bakes) joined the theological faculty at the Catholic University of Nijmegen (now Radboud University) in 1958. He soon became a leading adviser to the Dutch bishops, especially during the four sessions of the Second Vatican Council, a marathon reassessment of Catholic life held in Rome from 1962 to 1965.

There he entered into discussions of the council’s documents, which eventually allowed celebration of the Mass in today’s languages rather than only in Latin, endorsed religious freedom, removed many barriers between Catholics, Protestants and other faiths and promoted a positive engagement with contemporary culture.

After the council, Father Schillebeeckx continued pressing for the kind of changes it had initiated. He published and lectured widely on basic theological matters like the nature of revelation and salvation, and on issues of church discipline he argued for democratic procedures in church governance and the ordination of married people, both men and women, to the priesthood.

He helped prepare the “New Dutch Catechism,” which the Dutch bishops published in 1966 and which sold widely.

From 1968 to 1981, the Vatican began three investigations of his writings for heresy. They all ended inconclusively with admonitions, complaints and requests for clarification but with no formal censures or penalties.

Like many Catholic theologians who influenced the council, Father Schillebeeckx had reacted against the neo-scholastic theology that the church adopted in the 19th century as a bulwark against hostile modern ideas. Distilled from the thought of Thomas Aquinas but frequently handed on without any examination of Aquinas’s writings or their medieval context, this neo-scholasticism articulated the faith in series of abstract concepts and propositions presented as absolute, ahistorical and immutable. Father Schillebeeckx found alternative intellectual resources in modern phenomenology, with its meticulous attention to the actual experience of consciousness. And by studying Aquinas in his medieval context, he recovered a Thomism that expounded the presence and mystery of God in far less rationalistic and conceptual ways than did its neo-scholastic versions.

Strong emphases on human experience and on the importance of examining church teaching in historical context became hallmarks of Father Schillebeeckx’s work.

His early writing on the sacraments, for example, portrayed them as personal encounters with God rather than mechanisms for the distribution of grace. In two books — “Jesus: An Experiment in Christology” (1974) and “Christ: The Christian Experience in the Modern World” (1977) — he recast classical Catholic teachings about Christ around the experiences that gave rise to his followers’ faith in Jesus as messiah and the son of God.

These were groundbreaking attempts at rethinking church doctrine in light of the scholarly research about the historical Jesus that had accumulated in previous decades. But the fact that Father Schillebeeckx did not begin with Christianity’s great creedal statements about Jesus and the Trinity but instead focused on the subjective experience of the first generations of believers, as expressed in the New Testament accounts, stirred considerable controversy and a Vatican investigation.

Critics asked, for example, whether Father Schillebeeckx, by treating the resurrection largely in terms of the “conversion” experiences that Jesus’ disciples underwent after his death, was either denying that Jesus actually rose from the dead or suggesting that it did not matter.

Father Schillebeeckx said he was doing neither. His intention, he said, was to help contemporary people on a journey to belief by portraying the parallel journeys of Jesus’ first followers.

Not all of Father Schillebeeckx’s critics were theological conservatives. Some simply thought that he fell short in his ambitious efforts to master huge amounts of biblical scholarship or philosophical theory and that he consequently opted for arresting but unwarranted positions.

An emphasis on experience led Father Schillebeeckx to much reflection on large-scale human suffering and on salvation as liberation from it. For him, faith in Jesus required not just a mental assent but also a this-worldly response to suffering. Edward Cornelius Florentius Schillebeeckx was born on Nov. 12, 1914, in Antwerp, Belgium. He was the sixth of 14 children in a middle-class Flemish family.

He attended a Jesuit-run secondary school, and joined the Dominicans in 1934. After a brief military service, he was ordained to the priesthood in 1941. In 1946, postgraduate studies took him to the Sorbonne in Paris and to Le Saulchoir, a nearby Dominican house of studies, where he encountered Marie-Dominique Chenu and Yves Congar, pioneers of the “new theology” that would be a major influence at the Second Vatican Council.

Once again I remember someone telling me that people and tides do not ‘sit still’ in the spiritual life. We are constantly moving in one direction or another.

One is either spiritually purifying or putrefying which is only to be expected when considering the truth that the Church is tasked with carrying on the work of Jesus which is our Sanctification and Salvation.

Raider Fan knows it seems as though we are determined to supplant the Salvation Army with our focus on anthropocentrism and the corporal works of mercy but, nonetheless, actualising the work of Christ is the real task of His Church.

It is a sad and distressing reality that these truths can only be acquired by remaining in contact with those who know and love Tradition- can anyone imagine Schillebeeckx and the others saying such things? - but there can be no doubt that The Holy Ghost is behind the synaxis of traditionalists who are assembling themselves online and in the traditional orders in union with the Holy Father.

Recently we have had a spate of people who agree with him dying. Could this be the opportunity to take stock of the damage his generation has wrought?

It tells me that, as a writer on Catholic topics, Pete Steinfels is a Grub Street hack.

“. . . quite the Man of the Hour with a couple of very minor tailorings.”

I have a “very minor tailoring” item for him: where is your Roman collar, sport?

“ . . . in addition to Ratzinger and von Balthasar, founding members of COMMUNIO included none other than Kasper and Lehman.”

Which proves that the usual stereotype of COMMUNIO and CONCILIUM as theological polarities on the V2 spectrum is an offal lot of theopolitical sausage-making.

Ha, Ralph. Very good. What I like about your humour is that it cuts right through all the steaming merde. Wish more people had such a nose for the difference between chicken soup and chicken ....