Flannery O'Connor on the dangers of sentimentality in religion

Richard Cipolla responds to a letter asking what happened to the Catholic understanding of death in "Dear Father: IV - What does all this mean?" (RC, November 8, 2014): 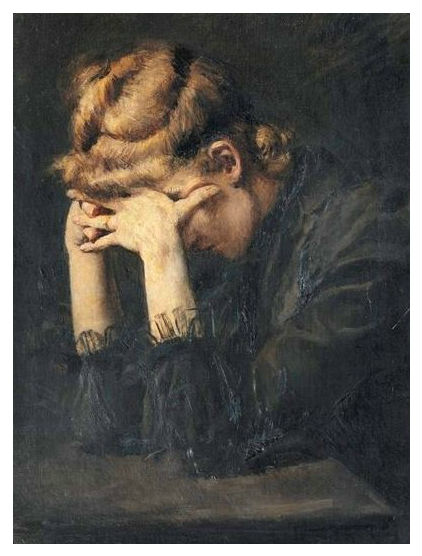 The letter is from "Beleaguered in Biloxi," who writes:

On All Souls Day our priest wore white vestments and talked about how all the dead we pray for on this day are already in heaven. And he called us all a "resurrected people," she writes. "This is similar to what I see and hear at almost every Catholic funeral Mass I go to. I thought we were supposed to pray for the dead who are in Purgatory to speed them on their way to heaven. But if everyone goes to heaven as soon as he dies, what does all this mean?"

Dear Beleaguered, a religion that does not take death seriously should never itself be taken seriously.

A religion that does not take Kafka’s words, “He died like a dog” as a real alternative to “He who believes in me shall not die…and I will raise him up at the Last Day” should be abandoned. It is as if the pure stream of the Catholic faith has been polluted by the dumping into its waters the slag of the sentimentality of the world that avoids the reality of death and denies that that slag is indeed a poison, a poison so powerful that it kills the fish that live in these waters.

That great Catholic author and fierce opponent of sentimentality in religion, Flannery O’Connor, says in her collection of essays called Mystery and Manners:

“One of the tendencies of our age is to use the suffering of children to discredit the goodness of God, and once you have discredited his goodness, you are done with him. ... Ivan Karamazov cannot believe, as long as one child is in torment; Camus' hero cannot accept the divinity of Christ, because of the massacre of the innocents. In this popular pity, we mark our gain in sensibility and our loss in vision. If other ages felt less, they saw more, even though they saw more, even though they saw with the blind, prophetical, unsentimental eye of acceptance, which is to say, of faith. In the absence of this faith now, we govern by tenderness. It is tenderness which, long since cut off from the person of Christ, is wrapped in theory. When tenderness is detached from the source of tenderness, its logical outcome is terror. It ends in forced-labor camps and in the fumes of the gas chamber.” (emphasis added)

This is really good: Read more >>