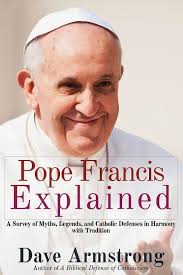 Since the advent of his pontificate, Pope Francis has required some explaining. Particularly since a lot of the "explaining" going on in the secular drive-by media has been less than helpful for purposes of understanding Church teaching, a veritable new hermeneutical industry of orthodox pontifical interpretation has been called into existence.

Some of these explanations are undoubtedly more helpful and substantial than others; and just today it occurred to me that in light of our recent conversations with the rock-solidly-orthodox Catholic apologist David Armstrong, we might put in a plug for his book (available in both print and Kindle editions):

The book leaves virtually nothing uncovered up through its publication in January of 2014, as can be seen from the The Table of Contents:

Afterword: "Those who are willing to understand Pope Francis, can and will do so ..."

Of course, the fact that the good pontiff should require such an army of explainers is a phenomenon that itself calls for some explaining. Perhaps that is a topic for yet another book. I have often wondered to what extent at least a part of the phenomenon may be due to the fact that we now live, unlike earlier pontiffs, in the age of Twitter, Facebook, and iphones.

One of my internationally-known colleagues has coined a term for the psychological effect this phenomenon has produced on the faithful: "PIA" (Papally Induced Anxiety). We might be spared some of this condition if the pontiff and the rest of us were limited to telegrams and handwritten letters delivered by courier, like my correspondent, Mr. Noir. 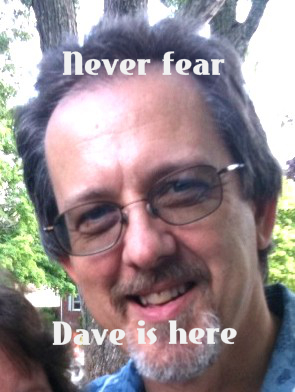 Speaking of whom, while we're at it, Guy Noir - Private Eye, our underground correspondent we keep on retainer in an Atlantic seaboard city that knows how to keep its secrets, called our attention to Joe Carter's article, "Why I Appreciate Pope Francis (Even When We Disagree)" (Acton Institute Power Blog, April 30, 2014).

Mr. Noir's telegram admittedly had a slight edge of exasperation in it: "This is nice, but at this point all I can say is I don't quite 'appreciate' Francis. Following him, much less defending him, is simply too exhausting and too contrived an exercise."

Let not your heart be troubled by PIA, Mr. Noir. You now have Mr. Armstrong's Pope Francis Explained.

"Those who are willing to understand Pope Francis, can and will do so ..."

He seems to be unable to control his message. This could be his limited background or this could be deliberate, although I can't imagine why he would adopt such a tactic.

He seems to be a nice man and many people in and out of the Church find him appealing. That's fine.

I know that Pope Benedict is a humble Christian, a living saint. Frankly, I am suspicious of conspicuous public acts of humility. As the ascetic writer Tito Colliander points out, the meek and humble Christian takes the smallest piece when he is alone and tries not to stand out when he is with others.

Thank you very much for your review, Phil! I don't get too many for my self-published books (which aren't ALL my books: I have nine "officially published" ones also). I mention this only because detractors bring this up so often.

Obviously (agree or disagree with the contents), I wrote this book to try to help people who are confused: seeking to make them less so if they accept my explanations. I am firmly convinced that "confusing" / "notorious" remarks by the Holy Father can be quite plausibly explained, and (most importantly) in line with tradition and orthodoxy.

Most folks don't even know the book exists, so any exposure is very helpful indeed, for the very purpose I wrote the book: to "comfort the afflicted." Thanks much!

As to "Dave Armstrong-ism": the problem is that the article expresses a fallacious, stereotypical, cynically caricatured version of what apologists do: what I have called "papal infallibility up to and including the color of socks that he wears" or what others have derisively called "ultramontanism."

It has never accurately described my orthodox position (nor Jimmy Akin's; he is mentioned in the article), but I wouldn't expect an anonymous critic to even grasp that.

I do thank him for the chuckle, though.

I treated at length this objection to my work and apologists in general in defending popes, in this paper (about midway through it):

Here are some excerpts:

Being classified as an ultramontanist is almost a boilerplate response to anyone who critiques these sorts of things. It's untrue, as I will show. But it's very common to reply to defenses of a pope or papal authority by making out that one supposedly agrees with absolutely everything he says or does, or that his color of socks or what side of bed he gets out are magisterial matters, etc.

This has never been my position, as I've explained many times. But if it is thought that it is, then I can be potentially (or actually) dismissed as a muddled, simplistic irrelevancy, without my arguments being fully engaged. Nice try, but no cigar. . . .

Apparently you think I accept every jot and title of everything popes say. This is untrue. Five minutes spent at the search box on my blog (which contains over 2,500 papers, so that none of my views are exactly secrets) would have easily disproven this notion. But we're all busy. Or one could hit "Catholic Apologetics" at the top, select my Papacy page, and see the section there, entitled, "Disagreeing with Popes." Instead, because I accept Summorum Pontificum in what I think is its plain meaning and intent, and say that it is in line with the Mind of the Church, I'm told that I simplistically apply that concept and am an ultramontanist: even of an "extreme and undifferentiating" sort.

Now that one has arrived at this section of my blog, he can see the first paper posted, entitled, "Laymen Advising and Rebuking Popes." This was written in 1997 (the year my website went online).

MUCH more in the paper, citing Cardinal Newman at length in agreement, etc.