"I will go in unto the Altar of God
To God, Who giveth joy to my youth"
Tridentine Community News by Alex Begin (November 1, 2015): 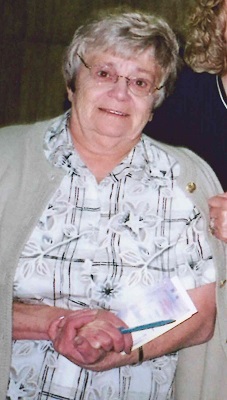 On Sunday, October 25, the Feast of Christ the King, the Windsor and Detroit Tridentine Mass Community lost one of its most stalwart and productive supporters. Since 2006, Sharon Moody has served as the volunteer Secretary/Treasurer of the St. Benedict Tridentine Community and has been one of the most visible faces of the Windsor Latin Mass group.

Sharon embraced her responsibilities with gusto. Though she insisted on doing most of her work by hand and not with the aid of a computer, she was unfailingly on-time with all of her tasks. If you needed labels for a mailing, for example, 400 labels would be hand-typed within a day. Thanks to Sharon’s focus, the St. Benedict Community has historically been the first parish/community within the Diocese of London to submit its annual financial reports to the chancery, usually by the end of the first week of January.

Sharon rarely missed a Mass and was the first person people would see upon entering the church, distributing Red Missals and Propers Handouts. She had a remarkable memory for people; she knew most of our parishioners, and if someone didn’t show up at Sunday Mass for a few weeks, she would be on the phone inquiring about his or her well-being. She was anything but shy and did not hesitate to promote the Latin Mass at other parishes, both verbally and by distributing flyers.

While Sharon set the standard for what a volunteer parish secretary should be, she would certainly want to the show to go on, so we are pleased to report that long-time St. Benedict member Charlotte Parent has offered to take over the responsibilities of Secretary/Treasurer.

Please keep this dedicated servant of the Church in your prayers, and strive to gain indulgences for Sharon so that she may attain the heaven she so richly deserves. 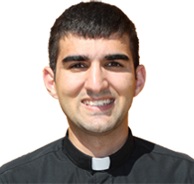 It’s always cause for joy when a new priest joins our roster of celebrants of the Extraordinary Form. Fr. Danny Santos was ordained for the Diocese of London this spring and has been assigned to St. Michael Church in Leamington, Ontario. He has been studying the Tridentine Mass and will celebrate his first public Mass this Monday, November 2, namely one of the Low Masses at 6:00 PM at the left Side Altar at St. Alphonsus Church. Fr. Danny will also serve as Subdeacon for the Solemn High Mass at 7:00 PM. Please join us in thanking Fr. Danny for his interest in the Traditional Liturgy.

Month of All Souls Plenary Indulgences

Each year the Church grants a Plenary Indulgence applicable only to the Souls in Purgatory, under the usual conditions of Confession within 20 days, prayer for the Holy Father’s intentions and reception of Holy Communion once per Plenary Indulgence sought, and freedom from attachment to sin, to those who:

1) Visit a cemetery and pray, even if only mentally, for the dead, from November 1-8. The indulgence can be gained once per day.

2) On the Feast of All Souls, November 2, devoutly visit a church or oratory and pray an Our Father and Creed.

Progress continues with the filming of the documentary on the history of the Latin Mass in metro Detroit and Windsor. Producer Peter Cherlet has interviewed subjects at Assumption and St. Alphonsus Churches, Windsor; Our Lady of the Scapular, Wyandotte; and Detroit’s Old St. Mary and Holy Family [pictured]. More sites are yet to be filmed, with a targeted release date for the project between May-July, 2016. 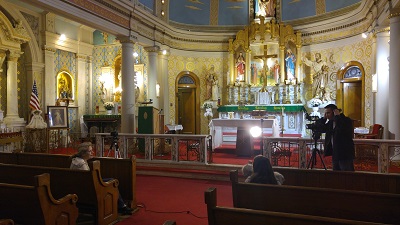