The anatomy of the sissified Jesuit mind 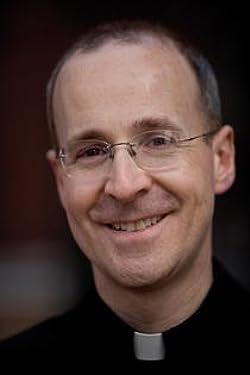 ... "Own your heresy" tweeted Douthat, and Father James Martin, SJ seemed to throw up his hands in holy horror. Oh, how irresponsible! Oh, how potentially damaging to a career! Oh, how the CDF will swoop down like a wolf upon the fold. Except it won't, and it almost never does—and they're too busy packing up Monsignor Charamsa's office right now anyway.

The brain-blowing combination of asserting that what is not Catholic teaching is somehow Catholic teaching and then shrieking like a frightened schoolgirl when the word "heresy" is uttered is what the American Catholic/Jesuit theological academy is all about, and I should know. I was in it for two of the most miserable years of my life....

America Magazine typifies the religious mindset of the liberal zeitgeist that has hijacked the postconciliar Church. Back in 2008 the mag took aim at 'Evangelical Catholics'...

And here is the mindset expressed most perfectly in the convex...

"I appreciated the assessmentof R.Gaillardetz's article on the new apologists. I encountered a few at my parish's recent Apologetics classes, and what a disappointment! While apparently well-meaning and positive, their narrow, righteous certitude approach flew in the face of my theological background. I'm sure that my age and Jesuit training has a lot to do with my reaction (I graduated from a Jesuit university in 1969 and have kept up with developing Catholic studies). I am a practicing Catholic, but a thinking one who did not stop her religious education after Catholic high school. I admit that I have been strongly informed by the documents and spirit of Vatican II through my on-going education over the years. Perhaps that is one reason why I can't stomach the closed-mindedness of the narrow apologists I encountered in my parish Apologetics course.

Heaven, Hell, Truth, Sin, Right, Wrong ... the closed-mindedness of the narrow Catholics. Please just let us have the love and acceptance of Jesus, Francis, and Sister Joan. And the highbrow affirmation of the Academy. St. Paul was a curmudgeon, and those preconciliar popes, well, the burned Galileo! And Marian devotees are rubes. Begone haters, homophobes, Kim Davis and FOXNews. Bring on 'Dignity.' That is what you get with "on-going education over the years."