Syria: pray for our Christian brethren

"Let us pray for those who will lose most in any intervention, the weakest link in the Middle East: Christians." 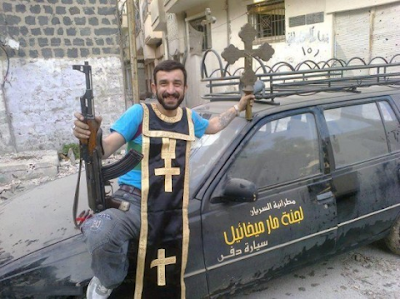 "[A]s in the Balkan interventions of the early 20th century, it is clear that there is an interest of some Powers to pursue an armed intervention in an area where multiple, complex and deeply historical interests are at stake, it is absolutely clear that it cannot end well, and it will almost certainly end with results that are opposed to the core interests of those same Powers. It is like witnessing a car crash and not being able to do anything."