Surprise, Surprise! Joseph Bottum, former First Things editor, has now come out in favor of Same-Sex "marriage." Is this surprising? I'll leave it to others to draw their own inferences. 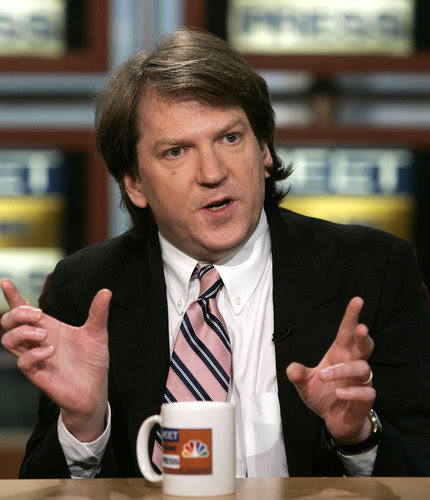 Bottum has thrown in the towel - it's that simple. I couldn't bring myself, nor do I have the time, to labor through the piece at Commonweal, but I did manage the NYT piece. According to his interviewer Bottum is a top tier Catholic because he goes to Mass every Sunday, blesses himself before meals and calls St. Thomas Aquinas "Thomas" like they are best buds. How embarrassing.

I got here via an indirect link from Jesse's Cafe American. By profession I am lapsed, by trade, heretical.

I like your stuff and will pass on some notes.

Homosexuality is a form of sterility. The world is polarized into this and that, which on every level, light/dark, good/evil, positive/negative, north/south, east/west, male female, is fertile. We might go so far as to presume that physical reality itself is the process of polarity, as it seems that it is.

It is therefore a grave threat when humans, who, uniquely, have free will, renounce their obligations to reality itself by taking up homosexuality. Which, on a periodic basis, they do, though as the periods are very long and involve areas that you will likely find distasteful, I will spare you. Many men are more interested in orgasmic intensity than they worry about how they get it. Many men find women frustrating and messy. Many of these are nominally straight, but can and are being recruited. I have had them after me since I was a teenager. So much for gays and gaydar. So much for the 5 or 10 percent. Watch it grow.

One previous disaster is recorded in the Bible in Genesis 19, the story of Lot, but its detailed symbolism is generally ignored.

On the evening of the last day, which is to say, at the end of the age, the two angels who would inaugurate the next age arrive. Virtually all of these details can be identified, by the way.

Lot invites them to his home, where he serves them a "last supper" of unleavened bread. At this point the attentive reader remembers that in a previous chapter Lot, a sheepherder, had lost his flock. When he serves unleavened bread it becomes clear that Lot was the last Pope of his era and said the last Mass in honor of his guests. It would appear that in Lot's day, Popes could marry, but I digress. You will now appreciate when I say I am a tiny bit heretical.

Outside a mob has gathered. Genesis is explicit. It included every man and boy in the city. Their demand was unanimous, and we know what that was. In an effort to buy them off, Lot offered his two virgin daughters, who were refused.

This is a critical moment, for several reasons. One, in having renounced fornication in favor of sodomy, the entire city had renounced life itself. It had embraced sterility, it had committed suicide. It would really make no difference if there had been no destruction on the morrow. The city, and by extension, the world itself, had died. At best it was only a matter of time. At worst man had upset the very balance of nature itself.

The other detail is just as telling. Both of Lot's daughters were betrothed, and their suitors were part of the crowd itself. Upon hearing their brides were to be sacrificed to the mob, they should have revolted on the spot, their very oaths obliged them to do so. They did not. They failed in their obligations. Genesis is being extremely explicit on this point, that the world had passed the point of no return and would suffer the consequences. There is a modern parallel for this, by the way.

The next day, as the family fled the plains for the mountains (these details enable us to date the event, within one or another mega-cycle), it was no accident that Lot's wife, not Lot nor his daughters, "looked back." Nor was it an accident that she turned into salt, for salt, not alabaster nor wood, represented the past, which was the world up to sunrise on that morning. I was really and truly astonished at the symbolic detail, for it has only been in the past century the connection of salt to that age has even been known.

I took up Genesis 19 because of its famous story. Having worked it out, I need to go back and see the run-up to the story, as well as how things worked out afterwards. Was there a new dawn, a new pioneering spirit, I wonder?

I hope you enjoyed my story, as upsetting as it must be.

Bottum is a traitor to our Lord! Another Judas! So what else is new?