Neocon Hubris & the Battle for Ukraine 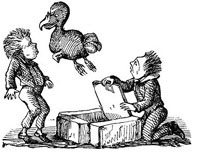 And here we thought they’d exited the world stage, heads lowered, hats in hand. The entire lot of them seemingly had faded into the sunset.

Not so. The neoconservatives are back.

Or, more accurately, they never left. They merely blended into the background, working as assiduously as ever toward their ultimate goal: U.S. military and economic hegemony in every corner of the world.

If you thought the neocons were effectively exiled from the halls of American political power when they failed to force a successor to George W. Bush into the White House, think again. (Who remembers Sarah Palin? In 2008 an official at the neocon American Enterprise Institute said of the vice-presidential hopeful, “She’s bright and she’s a blank page. She’s going places, and it’s worth going there with her.” Hey, stop snickering!)

Palin (and her running mate, John McCain) went nowhere and is a mere historical footnote. But the neocons? They regrouped, rebranded, and resumed their nefarious activities. You see, party affiliation doesn’t matter to them as much as power and influence. You’re a Republican? Fine. You’re a Democrat? Not a problem. To the neocons, the labels are interchangeable.

Opportunistic malleability is in their DNA. Neoconservatism, in the words of its founder, ex-Trotskyite Irving Kristol, “is not a ‘movement’…[but] a persuasion, one that manifests itself over time, but erratically, and one whose meaning we clearly glimpse only in retrospect.” Neoconservatism, which began in the Democratic Party in the 1960s, eventually became associated with the Republican Party in the 1980s (its roots are in the Trotskyism of the 1930s). But it isn’t tied to the GOP.

Scott McConnell, former editor of The American Conservative, described the neocons as “resilient and tactically flexible.” In 1991, when George H.W. Bush “tried to put America’s weight behind settlement of the Israeli-Palestinian conflict,” McConnell wrote (Dec. 18, 2006), “many neoconservatives suddenly remembered their Democratic Party roots and bolted.” In the next election cycle, “a significant group of neocons signed on as advisers to Bill Clinton.”

From Bush Sr. to Clinton to Bush Jr. to Barack Obama, the neocons managed to exert influence over a succession of U.S. presidents.

Obama? Yes. During the height of the Arab Spring, Charles Krauthammer, a neoconservative syndicated columnist (who previously was a self-described Great Society Democrat), wrote that the Obama administration “is rushing to keep up with the new dispensation, repeating the fundamental tenet of the Bush Doctrine that Arabs are no exception to the universal thirst for dignity and freedom” (March 4, 2011).

Even William Kristol, son of Irving and founder of the (now-defunct) neocon rag The Weekly Standard, called Obama “a born-again neocon.”

Only Donald Trump interrupted the flow. Glenn Greenwald, former editor of The Intercept, wrote during Trump’s term that “one of the most under-discussed yet consequential changes in the American political landscape is the reunion between the Democratic Party and the country’s most extreme and discredited neocons.” The latter, Greenwald observed, “loathe” Trump, who has “accelerated this realignment,” though it “began long before the ascension of Trump and is driven by far more common beliefs than contempt for the current president” (July 17, 2017; emphasis in original).

Trump notwithstanding, neoconservatism truly is a bipartisan project. Democrats, Republicans — it doesn’t matter who’s in charge. The neocons will adapt.

It is as it always was.

By any rational standard, the neocons’ track record “is one of unmitigated disaster,” Sachs writes. Yet that hasn’t prevented Biden from bending his ear to them.

Given the neocons’ penchant for warmongering to advance the American empire, it should come as no surprise that their fingerprints are all over the latest international crisis. “As a result” of the neocons’ abiding influence, Sachs writes, “Biden is steering Ukraine, the US, and the European Union towards yet another geopolitical debacle…. The war in Ukraine is the culmination of a 30-year project of the American neoconservative movement.”

According to Sachs, the neoconservatives “championed” the expansion of NATO “even before that became official US policy under George W. Bush, Jr. in 2008. They viewed Ukraine’s NATO membership as key to US regional and global dominance.

In fact, two years earlier, Robert Kagan, cofounder of the neocon think tank Project for the New American Century, spelled out the case for Ukraine’s admission to NATO. “Might not the successful liberalization of Ukraine, urged and supported by the Western democracies,” he wrote in the Washington Post (April 30, 2006), “be but the prelude to the incorporation of that nation into NATO and the European Union — in short, the expansion of Western liberal hegemony?”

Kagan knew full well the implications of this strategy. If Russia continues to be one of the “sturdy pillars of autocracy over the coming decades,” then that nation will be an obstacle to “the West’s vision of humanity’s inexorable evolution toward democracy.” (Democracy is neocon code for the end to which any and all means are acceptable.)

Russia, Kagan said, can be expected to “resist the encroachments of liberalism in the interest of [its] own long-term survival.” He quotes Dmitri Trenin, a former member of Russia’s Foreign and Defense Policy Council, as saying, “The Kremlin is getting ready for the ‘battle for Ukraine’ in all seriousness.” Mind you, this was 16 years ago. (Kagan, true to form, was so incensed by Trump’s nomination in 2016 that he left the GOP and endorsed Hillary Clinton for president.)

Seven years before Kagan, paleoconservative pundit Patrick J. Buchanan sounded the warning bell about expanding NATO to include Ukraine. “By moving NATO onto Russia’s front porch,” he wrote in his book A Republic, Not an Empire (1999), “we have scheduled a twenty-first-century confrontation.”

That, however, was all part of the neocons’ master plan. Says Sachs:

The neocon outlook is based on an overriding false premise: that the US military, financial, technological, and economic superiority enables it to dictate terms in all regions of the world. It is a position of both remarkable hubris and remarkable disdain of evidence. Since the 1950s, the US has been stymied or defeated in nearly every regional conflict in which it has participated. Yet in the “battle for Ukraine,” the neocons were ready to provoke a military confrontation with Russia by expanding NATO over Russia’s vehement objections because they fervently believe that Russia will be defeated by US financial sanctions and NATO weaponry.

And here we are.

After Russia invaded Ukraine in February, did you ever stop to wonder why the overwhelming sentiment among American pundits and politicos, Democratic and Republican alike — not to mention the corporate media — is virulently pro-Ukraine and vehemently anti-Russia? Dissent from the parties’ line was difficult to come by. The whole thing was presented to the American public as a real-life version of Star Wars, with Ukraine’s plucky president Volodymyr Zelenskyy (a former actor, by the way) cast in the role of Luke Skywalker against Russian president Vladimir Putin’s Darth Vader.

Many Americans swallowed it hook, line, and sinker. As Wayne Allsworth, author of The Russian Question: Nationalism, Modernization, and Post-Communist Russia, put it, the invasion “prompted a firestorm of anti-Russian propaganda in Western mass media reminiscent of the disinformation campaign to which we were subjected prior to the 2003 Iraq war” (Chronicles, May 2022). History has a way of repeating itself, especially when different players are acting out the same old parts in the same old plot but on a different stage.

Did you ever stop to wonder why Pope Francis took so much flak for suggesting that the invasion was “perhaps somehow provoked” by NATO’s “barking at the gates of Russia”? The Holy Father was onto something. And he was wise to warn us to “move away from the usual Little Red Riding Hood pattern, in that Little Red Riding Hood [i.e., Ukraine] was good and the wolf [i.e., Russia] was the bad one. Something global is emerging and the elements are very much entwined.”

This is not to say that Russia was justified in invading a sovereign nation. Far from it. The very act of invasion violates Catholic just-war principles, and Ukraine is well within her rights to defend herself against the aggressor. But America has blood on her hands as well, and our continued involvement will only add accelerant to the fire.

Nobody wants all-out war — nobody, that is, except the neocons. And Biden, like Bush Jr. and Palin, might be enough of a “blank page” to do their bidding, at which point the neocon’s “remarkable hubris” could set the entire world aflame.

Observe: Ever the bumbler, Biden let slip this March that Putin “cannot remain in power.” Though Biden did backtrack, saying he wasn’t expressing support for a Russian regime change, the cat was out of the proverbial bag and the plot laid bare. Who knows what Biden really thinks? He himself might not know!

But one thing is clear: Biden is heavily invested in managing the outcome of the invasion. Already in fiscal year 2022, the United States has provided $950 million in “security assistance” to Ukraine — including aircraft, artillery, and ammunition — and over $5 billion total since the beginning of the Biden administration. And though the president insists he has “no intention of fighting Russia,” he has increased the number of U.S. troops in Europe to 100,000. How is Russia to take this allocation of U.S. money, materiel, and manpower if not as an act of aggression? What does the United States stand to gain by continuing to meddle in another far-flung regional conflict?

Pat Buchanan, who saw this coming over two decades ago, said it best. “In 230 years,” he wrote in his syndicated column (May 20, 2022), “the United States has never gone to war with Russia. Not with the Romanovs nor with the Stalinists, not with the Cold War Communists nor with the Putinists. U.S. vital interests dictate that we maintain that tradition.”

The foregoing article, "Neocon Hubris & the Battle for Ukraine," was originally published in the September, 2022 issue of the New Oxford Review and is reproduced here by kind permission of New Oxford Review, 1069 Kains Ave., Berkeley, CA 94706.
Posted by Pertinacious Papist at 9:12 PM No comments:
Email ThisBlogThis!Share to TwitterShare to FacebookShare to Pinterest
Newer Posts Older Posts Home
Subscribe to: Posts (Atom)