"Police storm homeschool class, take children by force" (WND, August 30, 2013): "Officers brought a battering ram and were about to break door in." Clearly someone believes home schoolers qualify as something about as alarming as terrorists: 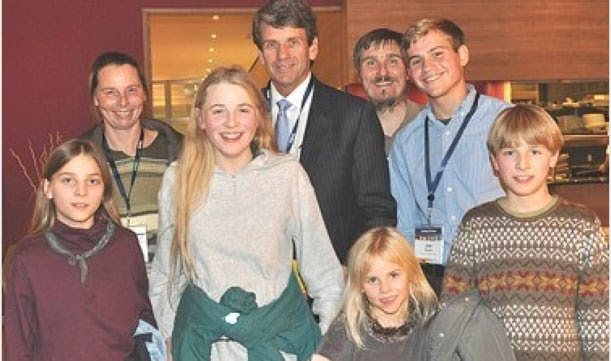 “The children were taken to unknown locations,” HSLDA said. “Officials ominously promised the parents that they would not be seeing their children anytime soon.”

The raid, which took place Thursday at 8 a.m. as the children were beginning their day’s classes, has been described by observers as “brutal and vicious.”

A team of 20 social workers, police and special agents stormed the family’s home. HSLDA reported a Judge Koenig, who is assigned to the Darmstadt family court, signed an order authorizing the immediate seizure of the children by force.

“Citing the parents’ failure to cooperate ‘with the authorities to send the children to school,’ the judge also authorized the use of force ‘against the children’ … reasoning that such force might be required because the children had ‘adopted the parents’ opinions’ regarding homeschooling and that ‘no cooperation could be expected’ from either the parents or the children,” HSLDA said.

This is a close-to-the-bone dystopic future report, right?