If you continue to consume trash, you will lose your love of beauty and God's great gift of joy

I am not sure what to say, but I feel like someone needs to point something out (Uh-oh, I know)…

The esteemed Peter Leithart over at First Things tells us we need to not shrink from 'preaching about Bruce Jenner’ (italicize the various parts of that sentence to appreciate it a bit more).

Meanwhile, seminary president Fr. Robert Barron, heir to the mantle of Fulton J. Sheen and celebrated face of Modern Straight Catholicism, now opines on the lessons of the series Mad Men. This not long after weighing in on the merits to the comic book film The Avengers.

Does this culturally-aware approach reach people? I think maybe it sort of does. Which alarms me. Neil Postman warned that are Amusing Ourselves To Death; and if we are now sort of dead, how are we even to strategize reaching the deceased? Does anyone but me find it cause for concern that our most erudite voices now feel compelled to offer commentary on adult soap operas featuring oral sex and comic book movies catering to 14 year olds? Does anyone but me find it disconcerting to see a church marquee that reads “SOAP OPERA SERMONS: This Week, ‘Grey’s Anatomy.’”

If adults are conditioned to think and act like high schoolers, is there even hope to get them to listen to a more adult message? I hope so, but I am not so sure. Chesterton in Saint Francis of Assisi (which for me beats out Orthodoxy as his masterstroke, being a perfectly felicitous pairing of author and subject), spoke of the Greeks having so contaminated their imaginations — with sex — that only a soul purging as severe as the retreat to monasticism suggested hope of a cure. Are we to the point now, with the Duggars, the Kardashians, the Wests, the procession of gritty TV dramas from The Sopranos and Sons of Anarchy to Mad Men, that Cold Turkey is the only cure? Can you really talk about sin and morality and holiness with minds that are fed most on Vanity Fair covers of man-girls and TV shows where oral sex is a mainstay or bloodshed is so intense as to be stupefying? 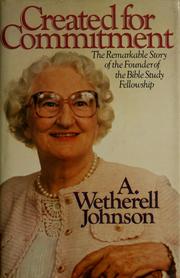 I’ve shared this before, a blurb from the autobiography of A. Wetherell Johnson, a woman I consider to have been a saint and something of a Protestant cross between Mother Teresa and Dorothy Day. In Created for Commitment she looks back and shares:

One day at school I was introduced by my peers to an undesirable magazine called Peg's Papers. I hid it under my mattress and devoured it in order to be "in" with the gang. I was delighted with my secret hoard. But, alas, my sister Kitty discovered it. At that time we were studying Tennyson at school. I was enraptured with "The Lady of Shalon." I returned home and said, "Kitty, have you ever heard of anything as beautiful as:

Lying robed in snowy white / That loosely flew from left to right / The leases upon her falling light / A gleaming shape she floated by / To many towered Camelot...

Kitty replied, "Let me tell you something. If you continue to read trash like Peg's Papers, you will lose your love for beauty in literature and lose one of God's great gifts of Joy.- This scared me so that never again was I able to indulge in reading trashy magazines or really empty books, although now I do read 'non-religious' books for a "change of pace."

Trash… What now falls under that classification? Not much it seems, given the subjects even our religious commentators choose to have us discuss. You’d almost thing sin is nothing more than a clinical concept, and not an infectious disease. But then we here talk of the Church being a field hospital. Somewhere there is a real disconnect. A former professor told me that when something abnormal is referenced long enough, it becomes normal. In a similar sense, I think we have allowed ourselves to contribute to things immoral coming to be seen as moral. A religious friend of mine, asked about Bruce Jenner, said ‘Good for him!’ Cardinal Dolan, call your office.
Posted by Pertinacious Papist at 8:04 PM
Email ThisBlogThis!Share to TwitterShare to FacebookShare to Pinterest
Labels: Arts and Culture, Church and society, Confusion, Culture, Culture wars, Homosexualism, Sex, State of the Church

Are we really going to declare Fr. Barron (the heir to Hans Urs von Balthazar) the heir to Bishop Sheen?

You would need to ask the author of the guest post for his opinion. I would only say that something like that seems to have already happened, depending on what Catholic media sources you access.