Fr. Rutler on the "promise and peril" of Laudato Si' 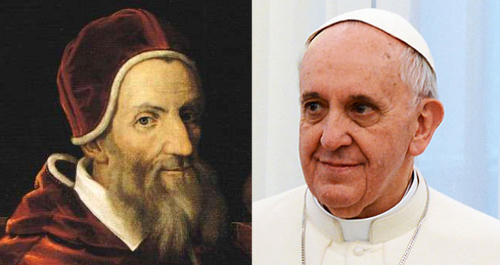 It is noteworthy that Pope Francis would have included in an encyclical, instead of lesser teaching forms such as an apostolic constitution or motu proprio, subjects that still pertain to unsettled science (and to speak of a “consensus” allows that there is not yet a defined absolute). The Second Vatican Council, as does Pope Francis, makes clear that there is no claim to infallibility in such teaching. The Council (Lumen Gentium, n.25) does say that even the “ordinary Magisterium” is worthy of a “religious submission of intellect and will” but such condign assent is not clearly defined. It does not help when a prominent university professor of solid Catholic commitments says that in the encyclical “we are about to hear the voice of Peter.” That voice may be better heard when, following the advice of the encyclical (n.55) people turn down their air conditioners. One awaits the official Latin text to learn its neologism for “condizione d’aria.” While the Holy Father has spoken eloquently about the present genocide of Christians in the Middle East, those who calculate priorities would have hoped for an encyclical about this fierce persecution, surpassing that of the emperor Decius. Pictures of martyrs being beheaded, gingerly filed away by the media, give the impression that their last concern on earth was not climate fluctuations.

Saint Peter, from his fishing days, had enough hydrometeorology to know that he could not walk on water. Then the eternal Logos told him to do it, and he did, until he mixed up the sciences of heaven and earth and began to sink. As vicars of that Logos, popes speak infallibly only on faith and morals. They also have the prophetic duty to correct anyone who, for the propagation of their particular interests, imputes virtual infallibility to papal commentary on physical science while ignoring genuinely infallible teaching on contraception, abortion and marriage and the mysteries of the Lord of the Universe. At this moment, we have the paradoxical situation in which an animated, and even frenzied, secular chorus hails papal teaching as infallible, almost as if it could divide the world, provided it does NOT involve faith or morals.