As Christine Niles says about this interview with a lawyer: "This is a gold mine of information and clarity. Plenty of naked truth." 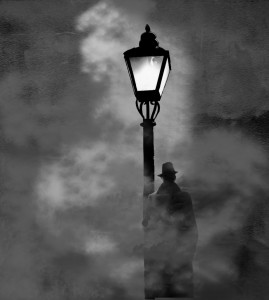 I spent a long time on the phone last night with a law professor at one of the country’s elite law schools. This professor is a practicing Christian, deeply closeted in the workplace; he is convinced that if his colleagues in academia knew of his faith, they would make it very hard for him. We made contact initially by e-mail — he is a reader of this blog — and last night, by phone. He agreed to speak with me about the Indiana situation on condition that I not identify him by name or by institution. I do know his identity, and when he tells me that he is “well-informed about the academy and the Supreme Court,” I assure you that from where he sits, and teaches, and from his CV, he is telling the truth.

I will call him Prof. Kingsfield, after the law professor in The Paper Chase.

What prompted his reaching out to me? “I’m very worried,” he said, of events of the last week. “The constituency for religious liberty just isn’t there anymore.”

The Gay Taliban's Homo Sharia coming soon to a town or campus near you, if it's not there already with its "No Go Zones."
Posted by Pertinacious Papist at 3:20 PM
Email ThisBlogThis!Share to TwitterShare to FacebookShare to Pinterest
Labels: Culture wars, Homosexualism, Law

Like Jews of old, Christians will be kept around when and only to the extent that it's convenient.

And like Jews of old, Christians will survive when and only to the extent that they hang together.

Which is why, Kingsfield concludes by saying:

“We have to fall back to defensive lines and figure out where those lines are. It’s not going to be persecution like the older Romans, or even communist Russia,” he added. “But what’s coming is going cause a lot of people to fall away from the faith, and we are going to have to be careful about how we define and clarify what Christianity is.”

" xx ... what’s coming is going cause a lot of people to fall away from the faith, and we are going to have to be careful about how we define and clarify what Christianity is."

Then were gonna need a beter clearer pope.

“But what’s coming is going cause a lot of people to fall away from the faith, and we are going to have to be careful about how we define and clarify what Christianity is.”

Which means people will be saying those who even claim there is a falling away are Rad Trads, sedvacantists, literalists, fundamentals, etc. "The Pope remains a loyal son!", "Our best Bible scholars say we have abused these texts!", "You are just pining away for the past!", "Proselyting is nonsense!", "We are all children of God anyway, just worry about poverty and love!"... Sound familiar?

Let us hope the startling attacks on Christianity launched in the wake of this Indiana debacle convince more Christians that Conservatism does not offer them a future. Only radical right Reaction does. This is not politics, this is war.