As the "Trads" see it 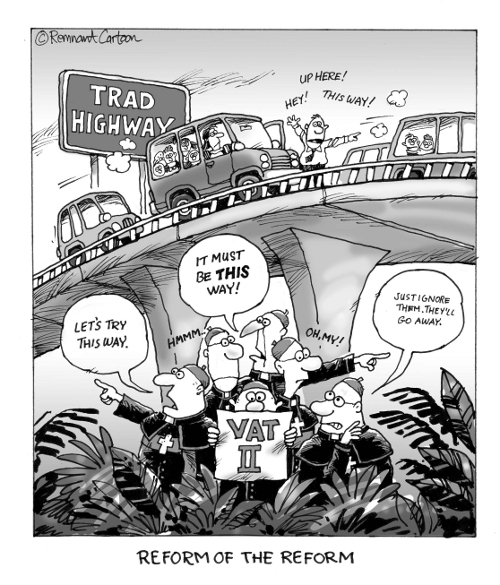 It's been interesting catching up on what the "Trads" are saying of late. Here's a quick survey. Keep in mind, this is only a survey, and I'm not necessarily promoting the views expressed in these articles. It is interesting to see what is being said. Some opinions strike me as reasonable; others are so radically different from what one reads in what Michael Voris calls the "Catholic Establishment Media," that one wonders whether each party inhabits the same planet. Still, one can read and learn:Maybe one of these days, we'll take a tour of Commonweal, National Catholic Reporter, U.S. Catholic, and Catholic Worker.
Posted by Pertinacious Papist at 9:41 PM
Email ThisBlogThis!Share to TwitterShare to FacebookShare to Pinterest
Labels: Catholic opinion, Church and society, Pope Francis, SSPX, State of the Church, Traditionalists