Ron Brownstein in The Atlantic: Trump, far from transforming the GOP, is drawing support from its blue collar ranks; & how this could change the GOP 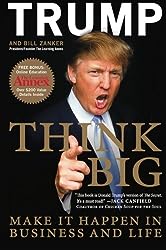 MIAMI—Donald Trump has advanced to the brink of the Republican presidential nomination not by transforming the GOP electorate, but by dividing it along a new axis.

Though some conservative Trump critics have claimed that he has relied on a surge of non-Republican voters, the exit polls conducted so far in 15 states point toward the opposite conclusion. Overall, although turnout has soared from 2012, the share of the total primary votes cast by self-identified Republicans this year is virtually unchanged. And Trump has beaten his rivals among self-identified Republicans in every exit poll conducted in states that he has won.

Together these patterns suggest that Trump has built his coalition primarily from voters within the heart of the Republican electorate—a dynamic that could make it more difficult for the party leaders to deny him the nomination if he finishes the primaries with the most delegates, but less than an absolute majority. It also suggests that his rise could signal a lasting shift in the party’s balance of power toward the anti-establishment, heavily blue-collar voters who have provided the core of his support.

To some extent statistical interpretation is like playing with Legos: you see a picture of this beautiful finished product on the front of the box, and a bag of thousands of plastic thingees inside the box. You nutz around with the thingees and eventually build something roughly corresponding to the picture -- or not. And that is your "statistical interpretation" of the Star Wars Death Star, or some other stupid thing.

That caveat aside, there is much to recommend Ron Brownstein's thesis. It resembles the thesis put forward by Peter Brimelow several years ago, and echoed in various contexts by Samuel Francis and Pat Buchanan. Now keep in mind that Peter Brimelow is a nasty nasty man, a horrible awful racist whose very existence on the planet is an OUTRAGE. He is an insane intolerant knuckledragging xenophobe, a disgusting slack jawed neanderthal who does not kiss the feet of liberal demogogues, even on Holy Thursday.

What this awful awful man says is: "The GOP does not need Minorities to win, and there’s little evidence that these groups can be brought into the party any way, even with the most expert groveling." (He has even written a book, "Alien Nation," to flesh out his horrible racist utterances.)

How similar does this sound to the key arguments of Donald Trump:

"Illegal immigration should be ended with a second Operation Wetback, as the Eisenhower administration ended the similar illegal-immigration crisis of the 1950`s: seal the borders, deport the illegals already here. Legal immigration should be halted with a five- or ten-year moratorium: no net immigration, with admissions for hardship cases or needed skills balancing the 200,000 legal residents who leave each year. During that moratorium, there should be a debate in which Americans would be asked what they want–as they have not yet been. Immigration might then be resumed, at moderate levels, with an emphasis on skills, and on evidence of cultural compatibility such as speaking English."

Instead of squatting and dumping on the heads of the white Christian blue collar men and women who consitute their base, a true and enduring "silent majority," the white collar rich men of the GOP Establishment should be kissing their damn feet every single day INCLUDING Holy Thursday. But they don't. Instead, they nominate one doomed weenie loser after another -- stupid democrats who have inadvertently stumbled into the enemy camp -- the silent majority stays home, and anti-American cretins like Barack Obama are elected over and over by minority coalitions born and raised on sucks of the government teat.

Nothing has changed: for republicans, every election cycle is a rerun of the Goldwater conservatives vs the Rockefeller Republican establishment (aka, neoconservatives). In 1964, Republican hopes were doomed by the Kennedy assassination: no republican could have beaten the repugnant Lyndon Johnson. But every nanosecond since then, the children of Rocky's demon seed have lusted after what's theirs, even if it's really YOURS. That is an attitude that has much more in common with democrats.

PS - I recently watched a documentary about Jaco Pastorius, in which I was quoted at length. As a guitar soloist who has packed one note into a fifteen minute solo, I cannot understand the excitement over a man who effortlessly packed hundreds of notes into a one-minute bass guitar solo. What I lack in finger speed I more than make up for in Latino Soul, baby.

Trump, Pope Francis... all our instituinons are being upended. Disorienting and depressing. In the extreme.

But I suppose I am supposed to take heart in Mother T's sainthood... One more very very overhyped and questionable Vatican moment. I love being Catholic, but I hate being connected to Rome.

If you only scan the Index ... you won't see the infallible Dogma from the Pope in union with the Bishops of the world ... that alone keeps people from eternal damnation.

Sources of Dogma on automatic excommunication for heresy > > http://www.Gods-Catholic-Dogma.com/section_13.2.html

Sources of Dogma that "ignorance" is not a loophole into Heaven > > http://www.Gods-Catholic-Dogma.com/section_5.1.html

Catholic Faith (pre-fulfillment) writing of Deuteronomy 31:21 >
"For I know their thoughts, and what they are about to do this day."

Catholic Faith (pre-fulfillment) writing of Job 21:27 >
"Surely I know your thoughts, and your unjust judgments against Me."

Catholic writing of Romans 1:21 >
"They ... became vain in their thoughts, and their foolish heart was darkened."

Good to hear from you again. Always good. "Even on Holy Thursday"! (My favorite line from your missive.)

Back during John Paul II's reign, James Turner Johnson (a Protestant) lectured at our campus when I was teaching in NC once, and at a dinner afterwards he opined that many Catholics seem to love Rome but dislike their local parishes. I think 'Rome' in those days, was still taken by many as being synonymous with the capital-'C' Church, while the local parish was Fr. Flapdoodle's venue for endless experimentation in the "permanent workshop" of the new liturgy.

It's interesting now that you bring us one step farther to: "I love being Catholic, but I hate being connected to Rome." But I know what you mean. So many that speak IN contemporary Rome these days, don't speak FOR eternal magisterial Rome; which makes the Barque of St. Peter feel like a ruderless ship.

All this will pass, one way or another; and we're assured of an ultimate good ending, though it may feel at times more like the terrifying "eucatastrophes" of Tolkien's novels.

Speaking of which, a conversation from his Lord of the Rings comes to mind:

“Frodo: I wish the Ring had never come to me. I wish none of this had happened.

Gandalf: So do all who live to see such times, but that is not for them to decide. All we have to decide is what to do with the time that is given to us. There are other forces at work in this world, Frodo, besides the will of evil.”

What to do with the time that is given to us may not be pleasant; but it falls to us to do it, even if it weighs upon us with the gravity of the One Ring that needs to be destroyed in the depths of Mordor.

The blackguard Brimelow writes at VDARE. Google it and you can submit an email address and get a free ebook about Trump that is very interesting.

In the ebook, readers are reminded that America was 90% white in 1960 and it was only after Kennedy's 1965 immigration reform that establishment America decided to seize permanent control by electing a new people.

What is soul sickening is to read the bleats of conservative inc. about the meanness of Trump after those sons-of-bitches tried to entirely destroy real traditional america by substituting a proposition nation in its place; that is, a Bushman can become an American via his desire and he will be every bit as much an American (prolly moreso) as a Son-of-the-confederacy whitey born in Alabama.

One can also read in the book about John Jay (federalist 2) writing about how it is America works - because it is a nation of the same folks, same language same customs, faith etc.
,
Sure, the faith was protestant, but at least if was a faith in someone real.

Now, we get Megyn Kelly, wearing here Dyke-Do, asking Trump about his comments that violate very PC dogma ever conceived by Christophobic collectivists.

The America is a proposition pimps are peddling a deadly intellectual disease that will have ABS' grandchildren in a faux "country" not unlike Yugoslavia - a chaos of cultures, languages, ethnicities, held together by tyranny sans liberty.

ABS doesn't vote in national elections and Trump ain't his cup of meat but he sure beats the hell out of the rest of the sorry lot; Yes, including Cruz whom the seraphic Glenn Beck backs.

O, and if you want a chuckle or two, just tune into Beck's radio program when you are out doing errands. Funny as hell. He says God speaks to him, he often says he is filled with the spirit and he says he and his radio show and his audience were chosen by God to save the Republic.

It is a show not be to be missed for some mirth. Beck insists we have a republic...


HAR! America and Catholicism run their parallel paths to perdition!


"a Bushman can become an American via his desire"


Thus bushmen, illegal immigrants and Islamic "refugees" can be thought of as "anonymous Americans" !!