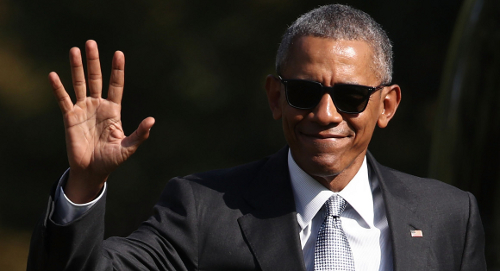 Gangsta-in-Chief, President Barack Hussein Obama has now raised the total number of sentences he's commuted for convicted felons to 562. His motive is reportedly 'compassion' for the mostly black families of offenders sentenced for non-violent charges of drug dealing -- families who, he says, need their fathers home. Oh really? You don't think you have some idea of how that's going to play out? Do you suppose, for a moment, that it's intended to quell the tensions of racial violence sparked by the Black Lives Matter movement? Think again. One suspects that as a lame duck president, since he has nothing more to lose, this president of surprises will have many more such 'gifts' to pass on to his beloved America.

Many African-Americans are convinced their males are sentenced in ram-rod fashion, and whites with comparable offenses would not be in jail. So they see this sort of posture as being more 'just,' and have a lower set of expectations for young males based on the environments they see as being pervasive. While I don't agree, I do think this is what is at work in a mind like Obama's. He honestly sees himself as helping, just as Pope Francis sees himself as helping. They are coming at things from a fundamentally different base orientation on how they view the social order. I will grant them high motives, just wrong heads. Which is why they can do so much 'damage.'