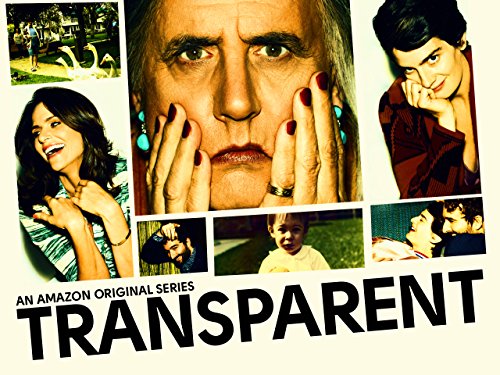 Jill Soloway [the culture-war gladiator for the radical left and creator of the TV series Transparent] is an increasingly influential culture creator — and she has powerful media institutions like The New York Times on her side. What’s going on in our culture is far, far beyond politics, but it will drive politics and law, and not in a direction that bodes well for religious liberty. At the very least.

And Transparent, in which Jeffrey Tambor portrays an elderly man who transitions into life as an elderly woman, cannot be regarded as a fringe show; this year, it had 11 Emmy nominations and five wins, making it one of the most honored programs in the industry.

From Ariel Levy’s fantastic New Yorker profile of Jill Soloway, we learn (among many other things) that Soloway, Transparent's creator, has just left her husband and their seven-year-old son, and taken up with a lesbian poet, "who is over the moon about how nothing binds our behavior except our own will." But the end of the article hits us like a thunderbolt, telling us exactly what we are dealing with here:

I asked Myles [the protégé of Allen Ginsberg’s on whom the character Ali Pfefferman is modelled] if, as a poet, she struggled to refer to an individual person as “they.” She said, “It’s not intuitive at all. But I’m obsessed with that part in the Bible when Jesus is given the opportunity to cure a person possessed by demons, and Jesus says, ‘What is your name?’ And the person replies, ‘My name is legion.’ Whatever is not normative is many.” She liked the idea of a person containing more than one self, more than one gender.

“Part of it is just the fiction of being alive,” she said. “Every step, you’re making up who you are.”

This is not primarily a culture war over political power. This is spiritual warfare, as the Soloway piece makes plain for those with eyes to see. A political response is necessary, but a political response alone is radically insufficient, in part because it’s nothing but a delaying action. This Weimar America madness has to run its course. We religious conservatives had all better do everything we can to protect our institutions and our families from it. It’s not going to be easy, but it’s not going to get any easier as the years go by, no matter who sits in the White House, and we had better prepare ourselves.

" She liked the idea of a person containing more than one self,"

This is so 1980's old-school. Note the episode "The Chase" in which it is said by Captain Picard: The Kurlan civilization believed that an individual was a community of individuals. Inside us are... many voices, each with its... its own desires, its own style, its-its... its own view of the world. Miss Soloway is a relic of the past ... give us something NEW to entertain us - for a moment.

TV is America's true educational system and while its has Holy Days we must observe - Martin Luther King Day, Black History Month, Holocaust Movies - it never has school vacations and all revolutions must continue to advance and until men with a large audience, like Mr Dreher, begins to identify who it is who controls the media and cultural discourse then he is left with handing us a very small platter of very small potatoes as he observes be afraid, be very afraid

But, one understands Mr. Deher can not write what he knows to be true about the Messias-Deniers controlling the media and he also knows it was the Messias-Deneirs who control discourse via Cultural Marxism and he, most importantly, knows that were he to speak truth to them, then he would experience their power and he'd be isolated and iced; no job, pariah status act.

O, and don't expect the One True Holy Roman Catholic and Apostolic Church to stand-up to these miserable soulless bastids for it has cut a political deal with the Messias-Deniers and it let them supplant The Holocaust with the war crimes suffered by the Jews and, so, TV and its pollution is of no concern for it has bigger fish to not fry on Fridays.

So, the reality is far worse than the fantasies we see on TV