(Trying to) wag the synodical dog 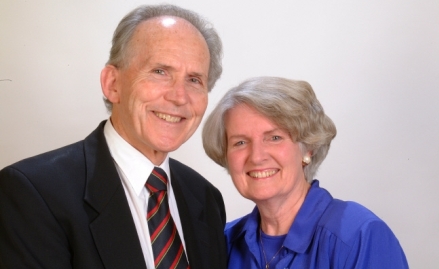 This may have gone largely unnoticed, but it seems significant to me: an intervention at the synod by a married couple, Ron and Mavis Pirola from Australia. I can’t imagine this kind of commentary being welcomed, or even heard, at the Vatican just a few years ago.

As you might expect, this left our correspondent, Guy Noir, in a state of dyspeptic muttering, much like that suffered perpetually by Dale Price, pour soul. Some of his mutterings follow:

I remain a stranger in a strange land. All this hyper conversation over families, the Synod on the Family, and evangelization. It seems like we are making the simple and obvious into the exotic and the complicated. Over and over we hear that conservatives want simple cut-and-dried, black and white answers. But over and over again I am reading more liberal approaches that seem hell-bent on simplifying everything into "I'm OK / You're OK" and love papers over everything....

So, then he quotes the following lines from "intervention" of the Austrian couple:

"What a model of evangelization for parishes as they respond to similar situations in their neighborhood! It is a practical example of what the Instrumentum laboris says concerning the Church’s teaching role and its main mission to let the world know of God’s love."

Children remain my children, loved, no matter what they do. Yes. But why that presents itself as some sort of neutralizing trump card, I do not know. Actions have consequences, and we can put immense obstacles between ourselves and God's mercy, if free will means much of anything at all. Have we doctrinally developed completely beyond any idea of mortal sin? (Don't answer that!) Some decisions, some behaviors, are very bad. Or used to be thought so. Even the phrase "Very Bad" is quickly sounding like an artifact from a "sillier" age. Some decisions, some behaviors do make it very difficult to know just how to demonstrate the right response. The unfortunate incidences of harshness, the awkwardness... It is all to be expected, not simply patronizingly condemned as mean-spirited or provincial. A bland-out of genial acceptance is hardly the helpful Christian response to every circumstance unless all we are concerned about is dispelling conflict and confrontation. And I do not know where you can get that idea if you give a proportionally responsible reading to the New Testament. The entire sacrament of confession hinges on a declaration of pardon that is every bit as much based on law as it is on medicine [in the sense of 'therapy']. In the spiritual realm, the two dimensions are intertwined to a degree unknown in the physical realm. We are sick because we are offenders. You can't apply love like a medicine while being in denial about the accompanying need of people for pardon. They are patients yes, but also rebels. I do not know who we think is going to help them see that if we all break out our king-sized spiritual [un?]comfortors.

Life IS complicated, Truth is hard-edged, and how that plays out... no it is not simple or cut and dried. That is the entire point of the current conservative objections. It seems to me the liberal approach is the truly un-pastoral one. Wishing moral choices didn't really matter, wishing we could paper over things and just all get along, is no more helpful than wishing a heroin user could simply be embraced without conflict. It only works until someone gets arrested and/or dies, physically or spiritually. I'd rather deal with things as they are versus perpetuate a Norman Rockwell Thanksgiving photo opp. But I guess that is hard to jive with images of global embrace and human flourishing. Sin as an offense as well as a wound is a rude and uncomfortable truth.

Robert Royal says it all more thoroughly and with more sophistication. Good stuff.

I have been debating the issue over there but it seems to me if you will forgive my presumption both the "liberals" and the "conservatives" are getting him wrong IMHO.

Another article by Cardinal Burke.

We have to judge acts’: Vatican’s Cardinal Burke dismantles ‘Who am I to judge?’

The title of this article is IMHO tediously sensational. It should have been titled Cardinal explains "Who am I too judge".

Especially in light of what Cardinal Burke says:

Plus he said to the angry Mother of a lesbian "’No’, I said, ‘the acts which your daughter is committing are evil. Your daughter is not evil, but she needs to come to understand the truth about her situation.’”

Like Pope Francis he also talks about the gay lobby.

But you will have to read he rest yourself.

And the NYT says that on which we have all had a premonition:

"Previous synods have produced little, but some participants in this one have likened it to the historic Second Vatican Council convened just over 50 years ago..."

Yes, JFM, I agree with those who liken this synod to what happened at Vatican II. If you remember what Michael Davies said about all the "time bombs" planted in the documents of Vatican II, this seems to be exactly the aim of the liberal machinations in this synod; that is, to plant ambiguous phrasing in key parts of various documents so that these ambiguities will be transmitted to the final reports, leaving them with just the loopholes and nuances they need to work their evil.