Beautiful! Splendor in the ordinary 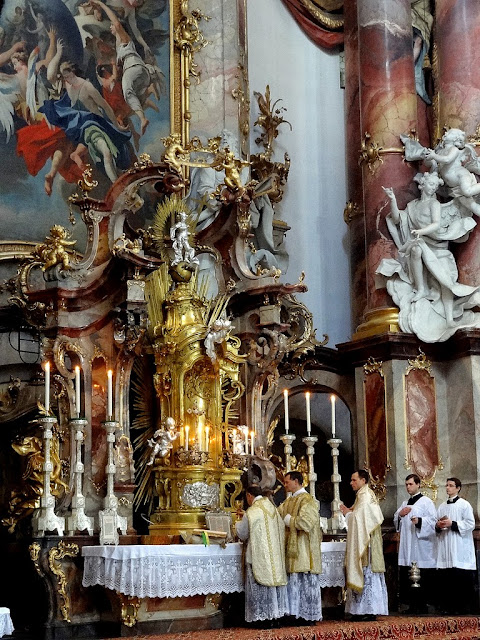 But there are times when the extraordinary breaks through even for those of us who are not saints, at times that we do not expect this, and almost in spite of ourselves and our preoccupations. Last Saturday, as I entered the sacristy to celebrate the Traditional Mass, I assumed that we would be using the Missa Brevior, the shorter form of the Mass for Ember Saturday in the Octave of Pentecost. I assumed this because we were not ordaining priests on this day, which was the traditional day for ordinations, nor was this a "conventual Mass" in the strict sense. I was informed that we were using the "ordinary" from of this Mass with its several Old Testament readings, its several collects, its several Alleluias. My first instinct--and this shows how deep the corruption of the meaning of the Liturgy truly is even among those who profess to love the Tradition--was to question whether this was good "pastorally" for our people assembled for this Mass. There was no question that I personally preferred the "ordinary" form of this Mass, as long as it was. But I did not trust that the people could "take this", the number of readings, the Alleuias, the length of the Mass. But I agreed that we would offer this Sung Mass in the "ordinary" form of the "extraordinary form" , despite having only one server (very faithful) for this Mass.