"I will go in unto the Altar of God
To God, Who giveth joy to my youth"
Tridentine Community News by Alex Begin (March 4, 2018):

Evangelizing with a Catholic Vocabulary

Catholic social media over the past few weeks has been awash with heretical and pushing-the-boundaries statements of progressive theologians, journalists, priests, and bishops. At face value, it can seem as though the Church were turning in an official new direction. Indeed, certain individuals have become famous for spouting what would have been roundly condemned by Church authorities just a few years ago. Many in the upper echelons of the Church are now silent in the face of this relatively small handful of outspoken, high-profile individuals. It’s enough to get one depressed, except ...

The scenario is all too reminiscent of something that happened to this writer in the secular world. Allow a personal note: For decades, I used to be in the business of selling small computer mainframe systems and software. These were reliable, proven systems, but with text-based, admittedly boring-looking screens. A significant portion of my competition was flashy, Windows-based systems with visually appealing screens. The salespeople for those systems had embraced a term designed to denigrate my offerings: they called them “legacy systems,” a backhanded way to maintain that they were outdated, old-looking, obsolete technology. 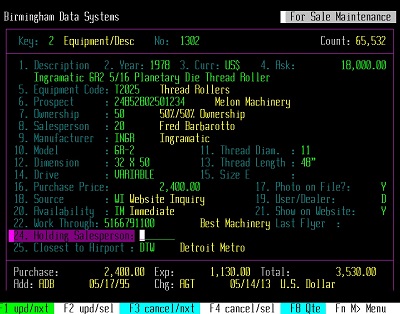 What my competitors failed to tell the potential customers was that their systems were pretty, all right, but their feature list was a small fraction of my offerings. Yes, my legacy systems in fact did a whole lot more than their relative quickly cobbled-together systems did, because mine had had many more years to have much more functionality and reliability built into them, thanks to the feedback of our customers [an analogy to Ordinary vs. Extraordinary Form is tempting]. So how to communicate this succinctly to the prospects? We needed our own vocabulary to counter the competition’s, and so we came up with our own term: The others were pushing “bimbo systems”: pretty, but they didn’t do a whole lot! And beware, what is considered attractive today may itself be considered “legacy” in a few years when standards change.

And so it is when traditionally-inclined Catholics are called rigid, clinging-to-the-past, out-of-touch, and whatever belittling term du jour is cast our way. We might benefit from developing our own term akin to the overused “hater”, which is often applied to anyone with sincerely held convictions. It would be useful to have a term which pejoratively refers to those too eager to embrace modern causes often juxtaposed to immemorial Church teachings. Something like, “she’s an amour”, meaning a person all too willing to swoon over the latest theological guru or fad.

Of course, we have a higher calling than battling with words. Evangelizing, or more specifically reaching out to those seeking a spiritual home, is more successfully done with love, with enthusiasm, with the carrot rather than the stick. We traditional Catholics really do have the advantage here: We can evangelize with beauty. Traditional sacred art, architecture, liturgy, and music can speak to the soul in ways that bland modern theology and liturgy cannot. Modernists appeal to the emotion and the desire to be free of restrictions. Little of what they are pushing will save the soul, and to their credit, rarely if ever do they maintain it will.

Their day-to-day vocabulary can make one shudder. Even if some of these terms did not originally have a modern connotation, when used in the context of progressive Catholic talk, there is no mistaking the orientation of the person or institution using them:

Narthex or vestibule vs. Gathering Space
Altar vs. Table of the Lord
Holy Communion vs. Eucharist
Congregation vs. Assembly
Pulpit vs. Ambo
Mass vs. Liturgy
Confession vs. Reconciliation
Extreme Unction vs. Sacrament of the Sick

“Legacy Catholics”, too, should make use of expressions that convey our mindset. Consider working traditional Catholic terminology into your own conversations. Use terms such as: 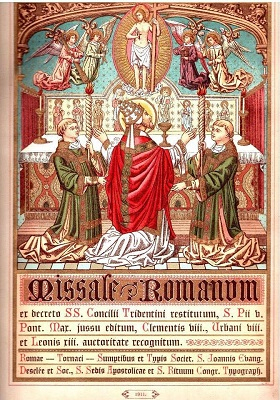 We’ll be better off taking the energy we put into reading and commenting about or to the high-profile heretics of the day into gently and steadily promoting all that we love, the full and undiluted Roman Catholic faith. For each dissenting Catholic that chooses to follow those celebrities of the moment, we should be able to attract at least as many sincere souls to the Truth.

[Comments? Please e-mail tridnews@detroitlatinmass.org. Previous columns are available at http://www.detroitlatinmass.org. This edition of Tridentine Community News, with minor editions, is from the St. Albertus (Detroit), Academy of the Sacred Heart (Bloomfield Hills), and St. Alphonsus and Holy Name of Mary Churches (Windsor) bulletin inserts for March 4, 2018. Hat tip to Alex Begin, author of the column.]
Posted by Pertinacious Papist at 7:25 AM
Email ThisBlogThis!Share to TwitterShare to FacebookShare to Pinterest
Labels: Evangelism, Language, Signs of hope, Signs of the times