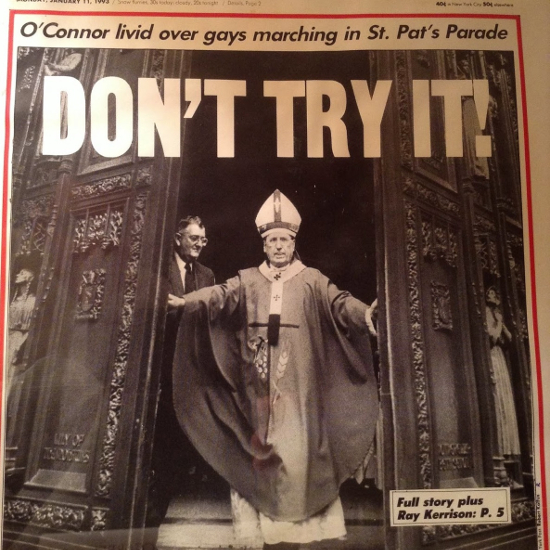 Have you heard that the Auxiliary Bishop of Newark was assaulted and punched in the face while celebrating Mass in his cathedral last week? If you missed this it is not surprising - the media was dominated that week by Trump news and this really fell though the cracks. Apparently Bishop Manuel A. Cruz of Newark was celebrating some sort of commemorative Mass when, according to the report:

"...a man wearing a white robe over a red suit shambled up to the altar from the crowd, reached Bishop Cruz and struck the 63-year-old in the face, knocking him backwards until he fell on the altar...several Essex County's Sheriff's police officers [who were present] ran onto the altar and handcuffed the man. One officer at the scene who saw Cruz after he was struck commented to another officer that several of the bishop's teeth had been loosened in the attack."

The incident is documented here at TAP into Newark, a local news outlet who actually had reporters present at the attack. [Video here]

It sounds like the attackers was probably mentally deranged or something. But what really struck me about the story was this little detail from the above mentioned article:

"Inside the cathedral immediately after the attack, the shock of the assault stunned the crowd. Many in the pews ducked when Cruz was first struck, not knowing what further to expect from the assailant. Others among the approximately 75 people assembled stood and screamed."

I understand not knowing whether the assailant had a gun. But the statement that many of the people "stood and screamed" seemed indicative of the weakness of contemporary Catholicism in the face of aggressive anti-Catholic violence. Gray-haired parishioners standing and screaming helplessly as the successor of the Apostles is pummeled. The modern Church wringing their hands helplessly as radical Islam continues its anti-western jihad unabated. The Christian west everywhere standing and doing nothing as civilization is dismantled. It is a very apt and powerful symbol.

There was a day when the very approach of a threatening stranger to the altar would have been greeted with a rush of angry Catholics eager to defend the bishop. To lay hands on the bishop himself or any sacred item in the Church would have been to risk one's life. Three hundred years ago, if this would have happened, the bishop would have had to forcibly restrain his flock from lynching the assailant from the nearest tree.

Catholics used to take physical attacks on their faith very seriously. In 1099, the event that finally gave the Crusading army the impetus to storm Jerusalem was the rage caused by seeing the Muslim defenders of the city desecrating crosses upon its walls. This insult was too much for the Franco-Norman army to endure, and their subsequent berserker assault upon the walls led to its downfall.

In 1131, the iconoclastic heretic Peter of Bruis was burning crosses in a gigantic bonfire near St. Gilles in France. At the site of the Lord's cross being profaned, the locals were so incensed that they picked up Peter and tossed him into his own bonfire. And that was the end of that.

In 1844, when anti-Catholic "Know Nothings" went on a riot in New York City and threatened to burn down the city's Catholic Churches, Archbishop John Hughes hastily assembled a mob of rugged Irish-Catholic laymen armed with bats, chains, and all sorts of maiming instruments and had them stand shoulder to shoulder around St. Patrick Cathedral (these are the sorts of fellows that we would say "had balls" in modern parlance). Then he threatened the Mayor of New York that if one single Catholic Church was burned he would turn the city into another Moscow - a reference to how the Russians burned Moscow rather than let it fall into the hands of Napoleon's army.

I know Cardinal John O'Connor of New York was not always the best exemplar of a traditional Catholic bishop, but I will never forget his bold stand against the homosexual lobby when the latter insisted on representation at the St. Patrick's Day parade; what a contrast to Cardinal Dolan's jovial collaboration with the gay lobby and Bishop Barron's sad acquiescence to the new norm.

Old timey Catholicism was not afraid to flex its muscles when threatened with blatant thuggery. Vandalizing a church or punching a cleric was likely to get you whacked in the skull with a board or taken out behind the church and roughed up by a group of half-sober Irishmen with big faith and bigger fists. But now white-haired Q-tips stand in place and scream.

I am not saying the people who witnessed the attack are blameworthy; in the moment of confusion, you don't know if the assailant has a gun or what. Good thing he didn't though, because this congregation would have been useless. But I do think this scene of parishioners standing there helplessly yelling while the successor of the Apostles is assaulted at the altar is an apt symbol for the current impotence of the west.

In this connection, I (Pertinacious Papist) have always liked the following story about St. Louis de Montfort at Roussay: 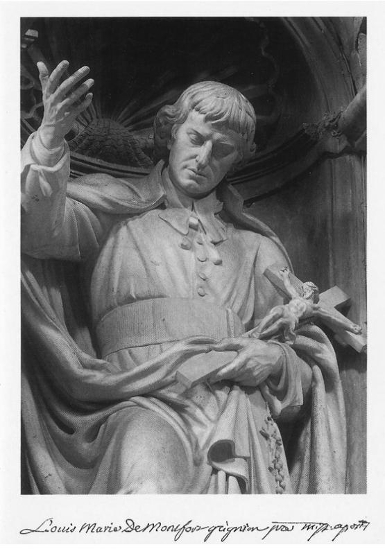 "The sick old priest arrived at Roussay to preach a mission. He mounted the pulpit in the parish church, and after a brief prayer, began to speak. This tiny town in the west of France consisted of several dilapidated buildings, most prominent of which was this church with a rowdy bar right next door. As the preacher raised his voice, the drunkards could hear the sermon, and the parishioners could hear the raucous noise coming from the bar.

Knowing this, the denizens of the bar tried to disturb his sermon by screaming insults at the congregation and mocking them for their cleaner habits. The priest very calmly finished the sermon, gave the people his blessing and exited the church. As he left, though empty handed and alone, he walked directly into the bar. An eyewitness describes what happened next:

“Father said nothing, except with his fists. For the first time since he came to Roussay, men had a chance to see how big, and to feel how hard, those fists were. He struck them down and let them lie. He overturned tables and chairs. He smashed glasses. He walked over the bodies of stunned and sobered hoodlums, and went slowly back up the street.”