Extraordinary Faith Episode 21 – Pittsburgh Part 1 of 2 to Debut on EWTN on Saturday, August 3

The rush of new episodes of Extraordinary Faith continues: Next Saturday, August 3, at 4:30 AM U.S. Eastern time, EWTN will debut Episode 21 – Pittsburgh Part 1 of 2. This episode was filmed at the Church Music Association’s Sacred Music Colloquium, held at Duquesne University.

General Manager of the Church Music Association of America Janet Gorbitz opens the episode with a history of the CMAA and an explanation of their annual Colloquia. She explains why these gatherings attract people of all levels of musical experience, from absolute beginner to seasoned pro. 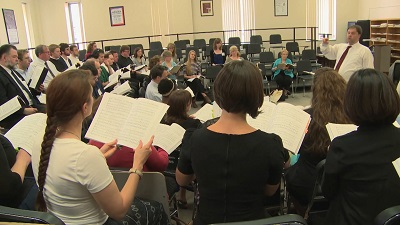 When most people think of parishes devoted to the Traditional Mass, they think of communities led by the Fraternity of St. Peter and the Institute of Christ the King. Less well-known are parishes led by diocesan clergy. Fr. Robert Pasley, a priest of the Diocese of Camden, New Jersey, tells us the history of the church he pastors, Mater Ecclésiæ, the first and oldest parish in the United States led by diocesan priests which celebrates exclusively the Extraordinary Form. He also tells us about their annual Masses in the cathedrals of neighboring dioceses, including Philadelphia. 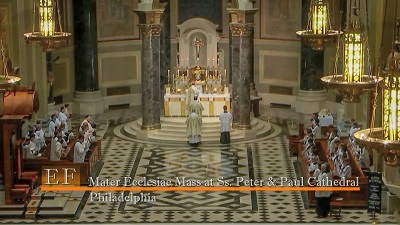 Just as the internet was gaining steam in the early 2000s, one particular choir director became known for hitting the road and training singers in Gregorian Chant. To this day, Scott Turkington remains an evangelist for choir members learning the Church’s timeless form of music. He tells us why it is so important for students at the Colloquium to strive to improve their home music programs as best as they are able. 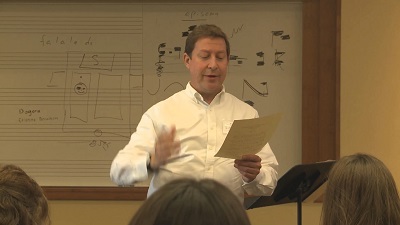 Years ago, the only Traditional Mass in San Diego was held every Sunday in the chapel of a mausoleum. Today that community is led by priests of the Fraternity of St. Peter, has its own church, St. Anne, and offers a particularly ambitious music program. Former Choir Director Mary Ann Carr Wilson tells us how she inspired children to learn Gregorian Chant, particularly through their annual summer Chant Camps. 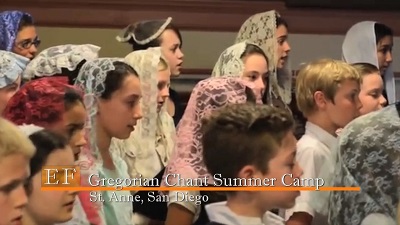 A rising star among parishes that embrace traditional liturgy and music is the Basilica of Ss. Peter & Paul in Chattanooga, Tennessee. Music Director Maria Rist tells us about the various choirs she leads there and how their music offerings have developed over the years. 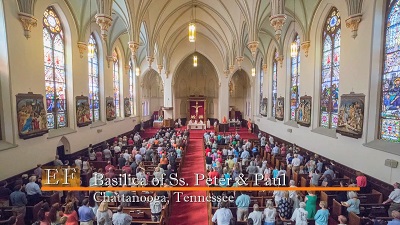