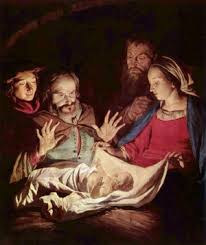 Nearly every Christmas, it seems, NEWSWEEK or TIME or some television special will featre the "latest scholarship" concerning the "authenticity" of the Christmas story. The scholarly authorities cited are consistently and incorrigibly one-sided, usually including scholars like John Dominic Crossan who dissent from Church teaching, or more ostensibly mainline scholars like Raymond E. Brown (now deceased) who have been quite thoroughly corrupted by the Humean philosophical presuppositions of the historical-criticism of the biblical narrative. Three years ago we saw the Archbishop of Canterbury, Rowan Williams, call the Christmas story a 'legend' ("Archbishop says nativity 'a legend,'" London Telegraph, December 12, 2007). And this year I've notice that About.com, a site which Internet browsers frequent to learn "the facts" about this or that, has taken up this partisan skeptical slant in Austin Cline's article, "Nativity vs Gospels: Are the Gospels Reliable About Jesus' Birth?" (About.com), suggesting that all the key ingredients of the Nativity story in the Gospels were concocted fictions of various kinds. 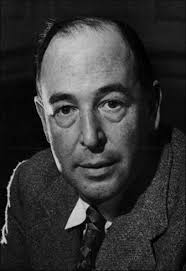 For further reading:Merry Christmas everyone!
Posted by Pertinacious Papist at 11:55 AM
Email ThisBlogThis!Share to TwitterShare to FacebookShare to Pinterest
Labels: Bible, Bible Scholars, Liturgical seasons

Here is an article about Chesterton's response to this specific issue...

Thanks very much for this linked Chesterton article. Right to the point!

Jack Lewis clearly demonstrates that one need not be a Christian believer to see the oddity of the modern scholarship argument. I seem to remember Dorothy Sayers, in a book called Creed or Chaos, insisting that the abandonment of the creeds and their precise formulations was a dreadful idea -- not merely for communities of believers, but for the rest of society as well.

While I'm on the subject of English prophets, didn't Agatha Christie and a whole collection of other English notables BEG His Holiness not to banish the older form of the rite?