Jeff Allen, a Knight from the Heart 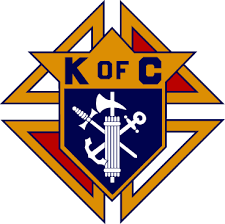 Any of you brother Knights of Columbus may be interested to know that the back cover of the July 2008 issue of Columbia magazine, the national publication of the fraternal organization, features Jeff Allen.

Who is Jeff Allen? Well first of all, the article about him is featured on the back page of the magazine, which is regularly devoted to stories of those who have responded to vocations to the priesthood or religious life. So that tells you something about Mr. Allen: he's a seminarian. More particularly, he's a seminarian who has just completed his second year of philosophy at Sacred Heart Major Seminary, the Archdiocesan Seminary of Detroit, Michigan. This means I can tell you something about him: he was in my metaphysics class and is a very good student.

Moreover, the photographs on the page include one of him standing in a group of his fellow seminarians. It has been my privilege to make the acquaintance of most of these young men. Indeed, I count many of them as good friends. I see many of them at Benediction before the 7:15am Mass every weekday morning, and I've had many of them in my classes. I cannot have been more impressed than I am with these seminarians from Sacred Heart. If these men represent the future of the Church, we have reason for great hope.

I could tell you delightful anecdotes about nearly everyone of these seminarians -- from the connoisseur of fine sushi to the meistro spaghetti chef; but I would probably be inculpated in some breach of trust or other. The seminarian who used to be a lawyer could probably inform me of the details: hypothetically, Mr. Ambrow, could I be sued by anyone for publishing online the hypothetical detail that Mr. Allen earned the hypothetical grade of "A" in metaphysics?