The Messiah's consciousness: an Advent meditation 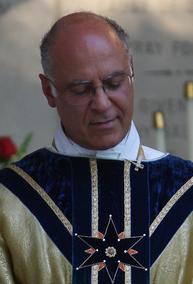 We are in the habit of celebrating birthdays–for good reason. These were the days when we first came to the light of day, bringing–we would like to think–great joy to our mothers. In reality, the day of our conception is even more important than our birthday for it is the day our lives began, though we were unmindful of the fact at the time.

In the case of the Son of God become man in the chaste womb of the ever-Virgin Mary, He was indeed mindful of His first earthly “home” on His conception day, celebrated in the Church on March 25th, nine months before Christmas day. His first thought upon entering the world was the sacrifice He had come to make of His human life for saving our souls. “Behold, I have come to do your will, (Father). ...and by that ‘will’ we have been sanctified through the offering of the body of Jesus Christ once for all.’ (Hb. 10:9,10). Our Lord then entered our world conscious of Himself and of His purpose and mission among men. If we understand this fully, it would mean also that Christ-in-the-womb knew all things in His embryonic state–specifically that He knew us, not as an anonymous mass of humanity, but as individuals, with our total history present to His mind.

With many errors circulated by presumably well-intended but ignorant (modernist) preaching, many would think the above statements pious hyperbole–claims having been made that Jesus did not know many things, even His identity as God! To hear a reliable voice on the matter, I turn to the orthodox teaching found in the marvelous encyclical (it still is, after so many years) of Pope Pius XII, Mystici Corporis. “The most loving knowledge...with which the divine Redeemer pursued us from the first moment of the Incarnation surpasses the diligent grasp of any human mind. For, by that blessed vision which He enjoyed when He was just received in the womb of the Mother of God, He has all the members of the Mystical Body (the Church) consciously and perpetually present to Him, and embraces them with saving love. In the manger, on the cross, in the eternal glory of the Father, Christ has all the members of the Church before Him, and joined to Him far more clearly than each one knows and loves himself.”

I quote this passage to make you realize something almost forgotten nowadays in our Christmas meditations, namely, that the Infant Babe we behold in the manger was a most knowing, fully conscious and indeed infinitely-aware Person who, according to the teaching set forth above, would know you as you are in the present moment, in your past, and in your everlasting future. The Christ Child’s omniscience contrasts with the uncomprehending and empty-eyed-stare of the ox and ass around the manger surely, but it also contrasts with our rather feeble grasp of the divinity of Jesus in that Child. “He was in the world...but the world knew Him not” (Jn. 1:10). Artists fashioning the creche have often made the Infant’s eyes look aware of us before Him. No mindless baby-look in His eyes! Our Lord was conscious of who He was and that He had come “for us men and for our salvation.” This realization of Infant Christ’s cognizance puts a realistic interpretation on many things about the Christmas story that we might otherwise regard as poetical embellishment in phrases such as “sleep in heavenly peace” and “radiant beams from Thy holy face” or “the hopes and fears of all the years are met in Thee tonight’ and “veiled in flesh the Godhead see,” and so on. This is a lesson for us not only about the images we make of the nativity figures in the stable but a lesson about Christ in His other most lowly form of the Holy Eucharist. Just as we would say that He is no oblivious baby in the manger, neither is He unknowing of you when you come before Him in the Holy Sacrament.

And while we’re on the subject of Christ’s infinite knowledge, let’s add a word about Holy Mary, since the liturgy today speaks of Her. She, when responding to the Archangel Gabriel at the annunciation, surely knew what She was agreeing to when She said, “Let it be done to me, according to your word.” Some misguided men have not hesitated to attribute ignorance to Mary in what was being proposed to Her. Gabriel did say that “the Most High will overshadow you” and that the holy offspring to be born of Her would be called “the Son of God.” That ‘overshadowing’ would have been understood from Mary’s knowledge of the Old Testament as the place where the divine presence was preserved (first in the desert tabernacle and later in the Temple). She also knew from reading Isaiah that the Messiah would be the “mighty God.” She would have then known that the Presence in Her was God!

It is then a bad sign of the times in which we live that we so readily attribute ignorance to Mary at the Annunciation and to Jesus both in His adult life as well as in the manger. It is not they, but we who are ignorant.

I’ll not have another word for you here until after Christmas day has come and gone. My purpose in writing as I have above is that I don’t want you to come to church on Christmas as a “faithless and perverse generation” (Mt 17:17) or as “foolish men, slow of heart to believe all that the prophets have spoken” (Lk 24:25). Come to adore Him, the Lord. Venite, adoremus Dominum.

You might also note that Luke's reference to the Spirit of the Lord 'overshadowing' of the Virgin glances also at the Spirit's 'brooding' on the face of the waters in the Genesis 1:2: this is a a moment of super-creation.