"I will go in unto the Altar of God
To God, Who giveth joy to my youth"
Tridentine Community News by Alex Begin (May 8, 2019):

Solemn Mass After Ordination of Fr. John McKenzie at OCLMA/Academy on June 30 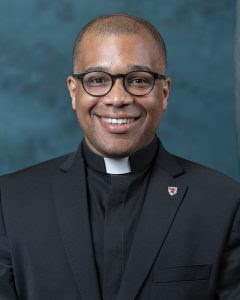 Soon-to-be Fr. John McKenzie is no stranger to the Traditional Mass. He was a monk of Norcia, Italy – a Benedictine monastery devoted to the Extraordinary Form – prior to returning to Detroit to enter Sacred Heart Seminary. He has served as Deacon for a Tridentine Mass at Old St. Mary’s, and will celebrate one of his first Holy Masses in the Extraordinary Form after ordination to the priesthood on Sunday, June 30 at 9:45 AM for the Oakland County Latin Mass Association at the Academy of the Sacred Heart Chapel in Bloomfield Hills.

A reception will follow the Mass at which Fr. McKenzie will bestow “First Blessings.” A priest may give so-called First Blessings to the faithful during the entire first year after ordination. This is not to be confused with the Plenary Indulgence the faithful may gain by prayerfully attending the very first, and only the very first, public Mass of a new priest after ordination.

Solemn Mass After Ordination of Fr. Matthew Schuster at Assumption Grotto on June 9 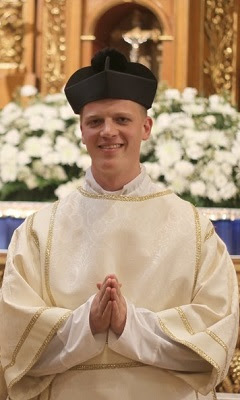 Originally hailing from Detroit’s Assumption Grotto Parish, soon-to-be Fr. Matthew Schuster will be ordained to the priesthood for the Society of St. John Cantius in Chicago on May 18. He will celebrate one of his first Traditional Latin Masses after ordination back home at Assumption Grotto on Sunday, June 9 at 9:30 AM. Fr. Schuster will give First Blessings after Mass in the school building next to the church.

Incidentally, his brother Thomas Schuster also serves the Church as music director of a Latin-heavy program, with periodic special occasion Tridentine High Masses, at Epiphany Catholic Church in Miami. Readers may recall that Epiphany was the site of Miami Archbishop Thomas Wenski’s Pontifical Solemn Mass in 2012.

Jesuit Ordination in the Traditional Rite at Toronto Oratory

An unusual series of events has taken place in Canada:

On February 18, Mr. Teodor-Gheorghe Avram, SJ, received tonsure and minor orders according to the Traditional Rite of Ordination from Ottawa Archbishop Terrence Prendergast at St. Clement Parish in Ottawa, an FSSP parish. Archbishop Prendergast is a long-time friend of the Traditional Mass, with a lengthy track record of ordinations and special event Masses.

On April 23, Archbishop Prendergast ordained Mr. Avram to the Subdiaconate using the Traditional Rite, this time at Holy Family Church in Toronto, one of the parishes run by the Toronto Oratorian Fathers. Photos and a full story are at: https://oratory-toronto.org/2019/04/30/an-ordination-at-the-oratory 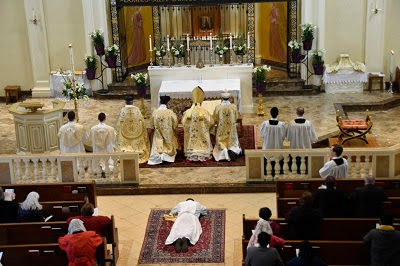 This may very well be the first time that a member of the Jesuits has received the traditional form of ordination in almost 50 years.

In conjunction with our recent experiences with local Jesuits Frs. Stephen Wolfe and Cy Whitaker, the appointment of TLM supporter Fr. William Blazek as Director of the Apostleship of Prayer, and the Jesuits in Miami and at Boston College who regularly offer the Traditional Mass in those locales, there are reasons for optimism in an organization some might otherwise not consider, the Society of Jesus.

Windsor’s Assumption Parish has begun fundraising for the restoration and reopening of the church. The first effort is an opportunity to name the copper shingles which will soon be installed on the roof. Naming rights to each shingle may be obtained for a donation of $250 per shingle. For more information, visit: https://www.canadahelps.org/en/dn/40940

[Comments? Please e-mail tridnews@detroitlatinmass.org. Previous columns are available at http://www.detroitlatinmass.org. This edition of Tridentine Community News, with minor editions, is from the St. Albertus (Detroit), Academy of the Sacred Heart (Bloomfield Hills), and St. Alphonsus and Holy Name of Mary Churches (Windsor) bulletin inserts for May 8, 2019. Hat tip to Alex Begin, author of the column.]
Posted by Pertinacious Papist at 4:19 PM
Email ThisBlogThis!Share to TwitterShare to FacebookShare to Pinterest
Labels: Detroit, Latin Mass, Liturgy, News, People