Wow!! Whole verses missing from a popular Protestant translation of the New Testament!!

I just heard this today from a Catholic program and didn't believe it; so I had to look up these allegedly missing verses and see for myself. The following verses are missing from the New International Version, a popular Protestant translation; and if you don't have a copy at hand, you can check online by going to Bible Gateway and selecting "New International Version" ("NIV" for short) and looking up the following verses. It may help to have another version that includes these verses open in another screen to check them side by side. Often you can see that the omission is explicitly tendentious. There things they don't want the reader to see. Here you go:Check them out. They're not there!!!

Several years ago I pointed out something else about this same translation of the Bible that I actually learned from a very honest Protestant theology professor of mine at Westminster Theological Seminary. He had written an article in The Reformed Journal (no longer extant) about the disingenuous work of the translators. I wrote about it in "Retrieving a lost Catholic vocabulary" (Musings, June 11, 2014) 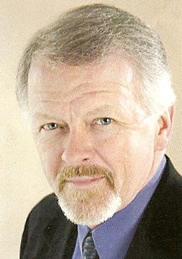 On my journey to the Catholic Faith, which began in 1987 before being received in the Church in 1993, those who sought to dissuade me constantly pitted the "living Word of God" (the Bible) over against the "vain traditions of man" (Col. 2:8) allegedly represented by Catholicism. So entrenched was this animus against Catholic tradition, that one of my Protestant theology professors, James Payton, Jr. to his credit pointed out that the evangelical New International Version (NIV) of the Bible explicitly attempts to "de-Catholicize" those passages where Paul commends the Church's traditions (1 Cor 11:2, 1 Thes 2:15; 3:6) by translating the Greek word for "traditions" as "teachings," while translating the remaining ten references which are all negative as "traditions" (as in vain and empty "traditions of man").

You hear about these sorts of things, but half the time you don't really believe them until you go and check for yourself. This is awful, and I commend James Payton, Jr., for his integrity and honesty on this point.

[Hat tip to "The One True Faith Revisited: Where Did The Bible Come From?" The Download, August 11, 2017 for the reference to missing Bible verses in the NIV.]
Posted by Pertinacious Papist at 10:20 PM
Email ThisBlogThis!Share to TwitterShare to FacebookShare to Pinterest
Labels: Anti-Catholicism, Bible, Bible Scholars, Confusion, Protestants