W.H. Auden (1966) on danger of Church falsifying her message via mass media 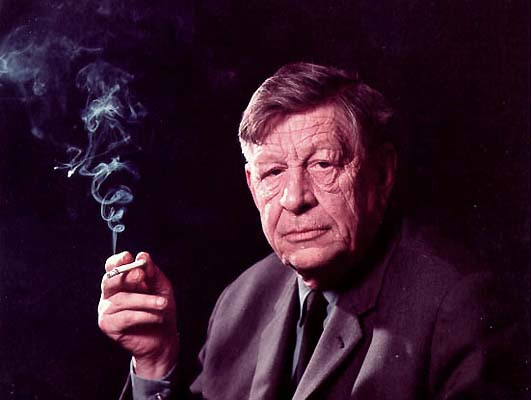 In a 1966 essay entitled "The Worship of God in a Secular Age: Some Reflexions," Complete Works: Prose: Vol. V, 1963-1968, ed. E. Mendelson (Princeton University Press), W.H. Auden warned about the dangers of the Church’s use of mass media. “I am convinced that the Church cannot make use of them without falsifying what She stands for,” he wrote. And that was half-a-century ago. The mid-sixties use of television, radio, and advertisements posed, in his view, a danger that the Church would render her message banal rather than au courant. 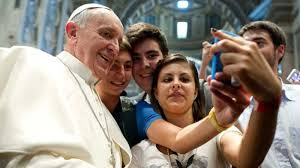 ... When the Church invests Herself too heavily in the latest technologies and social media, Her message becomes no more than another voice in the clutter of hashtags and modern self-obsession. Now that the “selfie-Pope” is on both Twitter and Instagram, his juxtaposition with Kim Kardashian is complete. As Auden noted so perceptively fifty years ago, this can only attenuate the Church’s message: “In the New York subway one can see placards saying: ‘Go to Church next Sunday. You will be richer for it.’ The effect of this is to put going to church on the same level as buying a particular brand of cigarettes or tooth-paste.”

The only mass media that will succeed in converting the world is the same mass media that was employed in the first century: the undiluted truth of the Gospel and the zeal of its adherents. The Church’s unchanging tradition and patrimony are Her greatest advertisement. We live in a world today that is dazzled by the latest novelty at one moment and prepared to replace it with another at the next. When the unrest in society’s heart becomes too much to bear, the Church will be the only force capable of anchoring it in a firm foundation....

Too easy by half. You can't make technology the scapegoat and run. Granted, banalization is part of the process of secularization, and technology is its handmaiden. But banalization WITHIN the Church is the real problem: theological banalization at the hands of nouveau theologians. Theirs is a putridly banal message in a banalizing delivery system. How can there possibly be anything but crud at the end of the line? Throw the right pope into the mix, to bless the regurgitated porridge as gourmet Catholicism, and the process is complete.

The nouveaus, however they may have regarded themselves, were forces for secularization within the Church. Vatican II was their one-way toggle switch. Technology merely did what technology always does: make it easier.