Just for fun: How to ruin a good round of love-making? 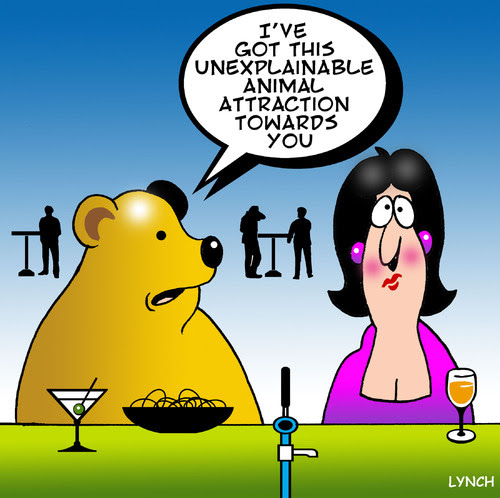 Certainly that's what this typically-detached analysis by St. Thomas Aquinas will probably suggest to nearly everyone. It will doubtless provide some food for thought, however, for those who read between the lines of his all-too-spare prose. Here it is, from his Commentary on the First Epistle to the Corinthians, ch. 7, p. 329:

-- Hence it should be noted that the conjugal act is sometimes meritorious and without any mortal or venial sin, as when it is directed to the good of procreation and education of a child for the worship of God; for then it is an act of religion; or when it is performed for the sake of rendering the debt, it is an act of justice. But every virtuous act is meritorious, if it is performed with charity. But sometimes it is accompanied with venial sin, namely, when one is excited to the matrimonial act by concupiscence, which nevertheless stays within the limits of the marriage, namely, that he is content with his wife only. But sometimes it is performed with mortal sin, as when concupiscence is carried beyond the limits of the marriage; for example, when the husband approaches the wife with the idea that he would just as gladly or more gladly approach another woman. In the first way, therefore, the act of marriage requires no concession; in the second way it obtains a concession, inasmuch as someone consenting to concupiscence toward the wife is not guilty of mortal sin; in the third way there is absolutely no concession.

For further discussion, see "Friday Linkage: Virtuous Sex Edition" (Darwin Catholic, May 25, 2012). To be clear, I'm not necessarily endorsing what we find on the Darwin Catholic blog, but I do think it helps to provoke the right sort of discussion or reflection that may be needed.

Many contemporary Catholics don't realize it, but St. John Paul II has a passage in an essay somewhere, where he's discussing treating spouses as ends rather than means in the context of sexual intercourse, and he suggests, in effect, that it would be sinful for a husband to approach his wife with a predatory attitude.

There you go. So put that in your pipe and smoke it. What do you think? Are Christians killjoys? Are they not? What are the possibilities of reciprocal pleasure in acts of mutual self-donation? Or has the contemporary Catholic focus on the goodness of sex overlooked something?

“What good Christians don’t realize is that sexual sin is not recreational sex gone overboard. Sexual sin is predatory. It won’t be ‘healed’ by redeeming the context or the genders. Sexual sin must simply be killed. What is left of your sexuality after this annihilation is up to God. But healing, to the sexual sinner, is death; nothing more and nothing less. I told me audience that I think too many young Christian fornicators plan that marriage will redeem their sin. Too many young Christian masturbators plan that marriage will redeem their patterns.. Too many young Christian internet pornographers think that having legitimate sex will take away the desire to have illicit sex. They’re wrong. And the marriages that result from this line of thinking are dangerous places. . . . Marriage does not redeem sin. Only Jesus Himself can do that” --R Butterfield

I am guessing most people will read the above and think: How does one have sex without experiencing lust?

The desire for sex, even with one's beloved spouse, is naturally inspired and sustained by impure thoughts. So it's sinful through and through, requiring frequent Confession. But a firm purpose of amendment in this context cannot mean foreswearing conjugal relations. Thus, it must be the willingness to be purged in eternity of concupiscence. Nothing here suggests anhedonia.

continued. It is the free love crowd who are 'taking all the fun out of it' by insisting that it is morally innocuous. No, one CAN'T have sex without experiencing lust. But that natural fact does not mean we should not regret our concupiscence.

JM said...
This comment has been removed by a blog administrator.
2:32 PM

"It really does not matter how many orgasms you have, or how intense they are, you are still going to die."