Which one is not in drag? 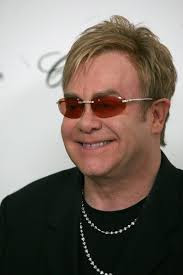 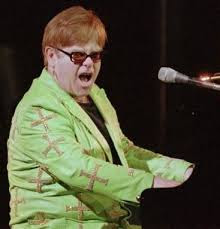 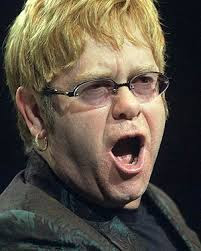 --Still, Elton John did stand for principle 2 weeks ago by being, I think, the ONLY big big time music-maker to head to Israel for a concert series that was on. The others sold out from fear/siding with terror.

Should he get bonus points? Anyone?

I am not Spartacus said...

The is not one male Christian Senator who has sufficient Fear of the Lord to publicly confront this execrable perverted pagan about her views and to pronounce her unworthy of any Court,to say nothing about The SCOTUS.

Kagan is a Pagan ("one who has little or no religion and who delights in sensual pleasures and material goods : an irreligious or hedonistic person") who will be confirmed as a Justice and she will have a long and pernicious career making The SCOTUS Queer.

America is well on its way to becoming worse than a 3rd world country.

Talk about the fag end of America.

I was going to comment and say I dislike making fun of the way our enemies look, because it's just a cheap, unintelligent shot, on a level with picking the scariest available picture of the Pope to publish, or artificially lightening the whites of the eyes of Condoleeza Rice to make her look devilish.

But then I read that about forcing women to share bathrooms with creepy men, and I didn't really feel like defending her any more.

Rachel, I would agree with your first point, and I admit my sense of what's funny can be hurtful to others. I think you would want to know, however, that I didn't go looking for ugly or demeaning pictures of these individuals. Google their names under 'images' and see which are the first several pages that come up.

Everytime I see Kagan I keep thinking of Kevin James (King of Queens) in drag. -gravey

Quite right, I didn't mean to say that you'd deliberately made them look bad. :)