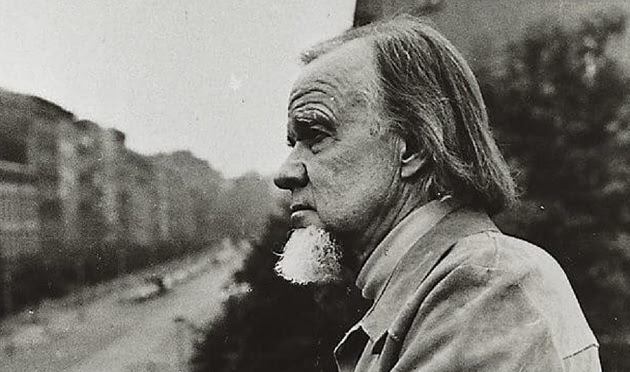 A terrific article in many, many ways. Please do yourself a favor if you are the least bit interested in Christian intellectual culture, and read Jake Meador's "Francis Schaeffer and Christian Intellectualism" (Mere Orthodoxy, August 18, 2016).

The piece sets the stage by tolling the death knell of public Christian intellectual culture round about 1960. Like this:

In his recent essay on Christian intellectualism, Alan Jacobs dates the high point of the public Christian intellectual in America as being in the late 1940s. Citing the influence of thinkers like CS Lewis, WH Auden, and Reinhold Niebuhr, Jacobs argues that the movement began to fade in the 1950s and, by the 1960s, was largely a spent force. By that time Lewis, Auden, and Niebuhr were no longer as relevant in contemporary debates and the next generation had not yet emerged. By the time that generation of leaders did, Jacobs argues, the culture had moved past them and they had become more conversant in the intramural discussions happening in conservative religious circles rather than the broader cultural conversation.

... In dating the decline of the Christian intellectual, Jacobs cites, amongst other things, the evidence offered by major media coverage of prominent public Christians. He notes that both Lewis and Niebuhr made the cover of Time in the late 1940s with Lewis appearing on it in 1947 and Niebuhr doing the same in 1948. What’s funny about this is that Francis Schaeffer, who has been hailed by some as Lewis’s only equal amongst orthodox Christian apologists in the 20th century, also makes a prominent appearance in Time ... but in 1960....

But it also raises a separate question: If that intellectual is dead, why is Schaeffer being covered by Time in the first place?Further, why does he have well-known figures from the various counter-cultures as well as popular icons of the era beating down his door to study with him at L’Abri? Timothy Leary, Eric Clapton, and Keith Richards are just three examples of prominent 1960s figures who read or studied with Schaeffer. There are others....

Bishop Fulton Sheen was on the cover of Time in the Fiddys but, he was Catholic, so he isn't considered an intellectual.

I've never read anything by Mr. Schaeffer, I was too busy reading Sheen's "Life of Christ" and while Americans were being told to read Lewis and Niebuhr, they were studiously kept ignorant of Garrigou-Lagrange.

A protestant nation, whose discourse is controlled by Messias-Deniers is left to shift for its self and so the Domestic Church MUST tell its members about Catholic intellectuals worth reading.

No question the Catholic intellectuals are the ones of that period most worth reading -- not only theologians like Garrigou-Lagrange, but essayists like Chesterton, Belloc, Elliot, Shaw, and churchmen like Msgr. Ronald Knox and Cardinal Newman, and novelists like Waugh and O'Connor.

Still, Lewis isn't bad for an accessible introduction to intellectual Christian thought for English speakers. Schaeffer was a very simple writer, a sort of populist 'Christian philosopher', whom Bp Fulton Sheen occasionally praised; but he succeeded in engaging some great minds simply because he took them seriously. His appeal was his willingness to put his life on the line, so to speak. If he was watching a movie and felt the director copped out morally, he would stand up in the middle of the theater and yell: "He CHEATED! He CHEATED!"