Dignifying ourselves to death 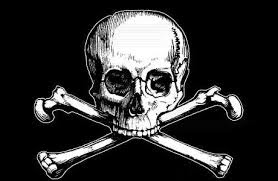 "Washington state woman 1st death under new suicide law" (My Way News, May 23, 2009): "I am a very spiritual person, and it was very important to me to be conscious, clear-minded and alert at the time of my death," said Linda Fleming, 66-year-old woman with late-stage pancreatic cancer, before taking a deadly dose of prescription barbiturates, with family members, her physician and her dog at her side at her home in Sequim, Washington. Fleming became the first person to kill herself under Washington state's new assisted suicide law, known as "death with dignity."

On February 25, 2009, the organization Final Exit Network (FEN) made headlines across the country. But, it was not good news for the group. Four of its key members had been arrested as a result of an undercover sting operation conducted by the Georgia Bureau of Investigation (GBI). Mainstream media called the organization a "suicide ring" and law enforcement's investigation in nine states a "raid" and a "bust"-much to the dismay of FEN faithful, who view themselves as compassionate, volunteer "exit guides" out to help their fellow members with "intolerable medical conditions" commit suicide. [FEN Press Release, 2/26/09]

... The GBI's investigation revealed the process FEN uses for suicides. After paying a $50 FEN membership fee and applying for suicide assistance, the member is visited by an exit guide, who instructs the member to buy two helium canisters and a clear plastic "Exit Bag" customized with tubing to connect to the helium tanks. On the day of the scheduled suicide, the member is visited by both the exit guide and a senior exit guide who explains the details involved in bringing about the member's death. After the member is dead, the exit guides remove all evidence from the scene and make it look as though the member died naturally. [GBI Press Release, 2/25/09; AP, 3/2/09] "It's grotesque," said ITF Executive Director Rita Marker. "There's no dignity in getting a plastic bag over your head." [LA Times, 2/27/09]

Key in the case against the 3,000-member FEN will be testimony by the GBI undercover agent who infiltrated the organization by claiming to have pancreatic cancer (a claim, the GBI said, FEN accepted without requesting confirmation). [Atlanta Journal-Constitution, 2/25/09] When senior exit guide Ted Goodwin demonstrated what would happen after the agent put the plastic bag over his head, "[Goodwin] got on top of him and held his hands down," explained GBI spokesperson John Bankhead. "[He] firmly held his hands down so he couldn't move." This action, Bankhead said, would have prevented the agent from removing the bag during an actual suicide if he had changed his mind. In the Celmer case, for which Goodwin and Blehr have been charged, both exit guides admitted they held Celmer's hands down. [NBC News 11, 2/27/09; NY Times, 3/11/09]

FEN's new president, Jerry Dincin, denied the allegation that exit guides restrain the hands of soon-to-be dead members. While he admits that holding hands is a part of the assisted-suicide process, he said exit guides do it "in the way that you would a frightened child, to calm them." But FEN's own "First Responder Information" form reportedly outlines why exit guides might want to firmly hold a member's hands down: once the process starts, if the flow of helium is interrupted, severe brain damage could result-and they would have a botched suicide on their hands. [Sunday Paper (Atlanta), 3/29/09]

Posted by Pertinacious Papist at 5:47 PM
Email ThisBlogThis!Share to TwitterShare to FacebookShare to Pinterest
Labels: Euthanasia