The challenge of the Sedevacantist fringe

As we know from past experience, Fr. O'Leary and his left-leaning "Spirit of Vatican II" cohorts would likely label most of us here as 'right-wing,' 'conservative' 'neocon' types. Despite the fact that most of us might prefer to think of ourselves, more simply, as faithful orthodox Catholics, we probably find ourselves, in the larger scheme of things, somewhere more or less (comfortably or uneasily, as the case may be) in the middle between the polarities of radical liberal revisionism, on the one hand, and radical retrenching traditionalism (and certainly sedevacantism) on the other. The latter is, in fact, probably less common in our experience than the former, just as we have found ourselves in the posts of this blog in heated debate far more often with liberal revisionists (O'Leary, Grega, Atiyah, et al) than with radical traditionalists. In fact, the former group may sometimes be hard pressed to distinguish ourselves (in the middle) from the latter. But -- trust me on this one -- the comments to this post will help you see that there is a difference!

One of our readers, who says he is no sedevacantist, recently wrote me saying that he had come across the website of the writings of the recently deceased sedevacantist priest, Rama Coomaraswamy, at http://www.coomaraswamy-catholic-writings.com/. As he points out, Coomaraswamy is a fascinating individual, "especially if your impression of sedevacantists is comparable to Fr. Joe’s view of orthodox Catholics." His bio states: 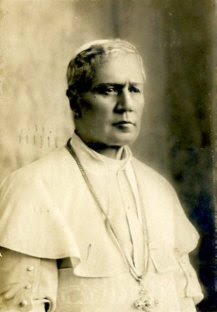 Born in the United States, much of my early education was in India, England and Canada. For many years I was a cardiovascular and cardiac surgeon on the staff of Albert Einstein College of Medicine in New York. I was chief of Cardiovascular and Thoracic Surgery at Stamford Hospital in Connecticut for five years and also practiced at Greenwich Hospital, also in Connecticut. Subsequent to cardiac problems, I retired from surgery and retrained in Psychiatry and also taught at Albert Einstein in this field. In addition, I was also professor of Ecclesiastical History at the St. Thomas Aquinas Seminary in Ridgefield Connecticut for a period of five years.

"Catholics seek to avoid the discussion of sedevacantism (save to accuse someone else of it) .... That is probably wise in one sense, but the problem of sedevacantism vs. resistance is something I don’t think ... Catholics ought to sweep under the rug. It is a real issue ...."

Fair enough. If we're willing to indulge Fr. O'Leary's 'Hot Tub Christology,' we're certainly willing to give one post to the challenge of sedevacantism. So, restraining our knee-jerk reaction to kick it out of court as dismissively as Matthew Fox's Creation Spirituality at the other extreme, what's this guy's logic?

My correspondent offers the following quote from Coomaraswamy's article, "Sedevacantism," which he says he found provocative:

What confuses me about the Anti-Sedevacantists [eg, Fr. Nicholas Gruner, and Christopher Ferrara] is their claim to be Catholic. Let us consider how the Church considers the function of a true Pope. According to the theologians he is “one hierarchical person with our Lord.” This being so, when he speaks within his function, it is our Lord who speaks – teaches, governs and sanctifies. These are the areas of his authority, the basis of his triple crown, and to say he has not used them is absurd. In so far as he appoints his Bishops and provides Jurisdiction, he is governing. Similarly, in declaring the Novus Ordo Missae to be the “normative” mass, he is sanctifying. And in declaring the documents of Vatican II to be the Supreme form of the Magisterium, he is teaching.

It is quite beyond my understanding how individuals who recognize the post-Conciliar “popes” to be a true and valid Popes, have no problem in disobeying them when they say things we do not like or agree with. Paul VI also told Archbishop Lefebvre that it was his task – not Lefebvre’s -- to determine what was and was not traditioinal. But people like Ferrara and Gruner are happy to guide us as to when we do and do not have to follow the teachings of these seeming papal individuals. The number of groups willing to guide us down what is essentially a Protestant path are legion.

What Father Gruner and Mr. Ferrara do not seem to understand is that the post-Conciliar Church (a name they chose for themselves) is a new and different religion. It is not the Catholic religion. The argument put forth that “the gates of hell shall not prevail against it” is indeed true. For the true Catholic Church is true and as such can never be destroyed – and God will be with it “unto the consummation of the world.” But we know that in the “end times” only a Remnant will remain Catholic, and obviously, it is with this remnant that God will remain. These Scriptural statements are verified by the fact that throughout the world there are a small but significant number of traditional Catholics who reject the post-Conciliar Church, and retain the true Catholic Faith As Catherine Emerich said, if there is only one Catholic left at the end, the Catholic Church will be found in him. To call this Remnant that has not changed their beliefs or practice “rebellious,” “schismatic” or subject to anathemas, is obviously absurd

The argument that the Remnant will always have a living Pope with it is has no basis in fact. It is a pure opinion – indeed as is the claim that if there is no pope, there is no Church. That the Church continues to exist despite the absence – temporary – of a pope in no way denies the statement of Vatican I. Indeed the saints tell us that at some time in the future Sts. Peter and Paul will return and inform us as to who the real pope is.

A couple of years ago on another blog, our correspondent says he had a running argument with a liberal Catholic that turned on the matter of conscience. He writes: "He of course thought that his 'conscience' gave him all the authority he needed to disregard anything the diabolical Ratzinger, newly elected pope, did to rein in his Amchurch brethren. I relied on the papal authority, and the necessity of a conscience rightly formed, to oppose him. It is sauce for the goose, I suppose, but nonetheless jarring, to find sedevacantists using the same arguments against traditionalist "resisters" (for lack of a better term)." Again, he notes: "Coomaraswamy's statements dramatically underline the proper role of the pope as that of an upholder, a caretaker, so to speak, of a tradition that completely overshadows him, and is in fact in no way dependent upon him (quite the reverse): all of this is ... in stark contrast to the pop-star papacy of John Paul II (I am stating the matter crudely), where the man seemed at times to overshadow, swallow up, the tradition."

There is doubtless ample grist for the mill here, and quite enough to drive some to distraction if not apoplexy (for anyone in dire straits, I do have an ample supply of Guinness on hand, and our local drugstore is well stocked with Valium.) But if it impels us all to re-evaluate the implications of what we are saying and doing, then, quite frankly, I think the post will have served us well. This is certainly, I think, what our correspondent intends.

Alright, have at it!

Note: When I attempted to access Fr. Coomaraswamy's website given above, I could not do so. But I found a host of information available about him on the Internet. One could easily begin with the Wikipedia article, Rama P. Coomaraswamy, which offers a gread deal of background. Among other things, he is the son of Ananda K. Coomaraswamy, the world renown historian and philosopher of Indian art and interpreter of Indian culture, and of Luisa Runstein, an Argentinian Jewess, and he was a graduate of Harvard University in the United States.
Posted by Pertinacious Papist at 10:50 AM
Email ThisBlogThis!Share to TwitterShare to FacebookShare to Pinterest

Your link to the late Fr (he was 'ordained' by the traditionalist 'Bishop' Lopez-Gaston in 1999, despite being married - though a married priesthood isn't a matter of faith for us Catholics!) Coomaraswamy's Wikipedia page doesn't work.

(And that's not how you spell 'Mother Teresa' either!