Sodomy and the death of a civilization 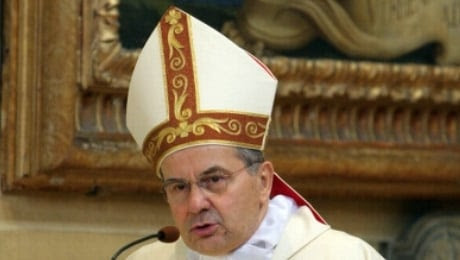 Some will remember Cardinal Caffarra's critical response just two weeks after the Consistory in February, 2014, at which Cardinal Kasper, at the invitation of the Holy Father, addressed the assembled cardinals and floated the proposal of possibly readmitting divorced-and-remarried Catholics to the Eucharist.

More recently, in a June 19, 2015 article in Il Tempo, Caffarra is reported as saying [emphasis added]:

Many thoughts have crossed my mind since the motion [recommending recognition to same-sex 'marriages'] was voted by the European parliament [on June 9, 2015]. The first was this: We are at the end. Europe is dying. And perhaps, it doesn’t even want to live, because no civilization has ever survived the glorification of homosexuality.

The only two civilizations which have resisted homosexuality for thousands of years are the same that have opposed homosexuality: the Jews and Christians. Where are today’s Assyrians? Where are today’s Babylonians? And yet the Jews were merely a tribe, a “nobody” in comparison to the other political-religious societies. But the laws concerning sexual acts as we find within the book of Leviticus became the highest form of civilization [Christianity]. Hence my first thought: we are at the end.

My second reflection is purely of Faith. Before such facts as these, I always ask myself: how is it possible that the mind of man be so blind to such fundamental evidence [that glorifying homosexuality leads to the destruction of society]? And I came to the conclusion: all this is literally a diabolical work. This is the last defiance which the Devil is throwing at God the Creator, by telling Him:

I am going to show You how I build an alternative creation to Yours, and You will see how men will say: it’s better this way! You promise them liberty, I offer them to become judges. You give them love, but I offer their emotions. You want justice, and I perfect equality which suppresses all difference."

I am opening a parenthesis. Why am I speaking of “alternative creation”? Because if we return, as Jesus requested, to the beginning, the original plan, to the way God thought of creation, we find that this great edifice of creation built upon two columns: the relationship of man-woman (the couple) and human work. We are presently speaking of the first column, but the second too is being destroyed… We are, therefore, faced with the Devil’s intention of building another creation that defies God with the intention of seeing man thinking that one is better in this alternative creation....

… I have heard what Heraclitus used to say: “It is necessary that the people fight for the law as they do for the walls of the city.” As I advanced in age, I discovered the importance of legislation in man’s life.

Today, it seems as if the State has abdicated its legislative task and its dignity, by simply abdicating to the wishes of individuals, and the result is the creation of a society of opposite egoisms or of frail convergence of contrary interests. Tacitus said: “Corruptissima re publica, plurimae leges.” When the State is corrupt, the laws are multiplied. This is the present situation.

I have no hesitation to say that this is a positive manifestation, because as I said, we cannot remain silent. Woe to us if the Lord was to use the words of the prophets against us: “Dogs which have not barked!” We know, in democratic systems, the political deliberation is based on the majority system. And this seems good to me because, it is better that the heads be counted rather than cut off! But facing things like this, there is no majority which allows me to keep silent. Otherwise, I would be a non-barking dog…

Hence, the Roman [March] initiative is something absolutely necessary. Tomorrow, perhaps, the Parliament will vote a law which recognizes the union between same sex persons. If it does it, it must be told that this is profoundly unjust. And this is what we must say this afternoon in Rome...

... If we were to be silent before such a thing, we would be cooperating in a grave injustice committed against the children. From subject of the law, as any human person is, they would be turned into objects of the pleasure of adults. We have returned to paganism, where the child had no right and was only an object “at the disposal of.” And so, I repeat, in my opinion this is an initiative which we must support. We cannot keep quiet.

In another interview Cardinal Caffarra referred to a letter which he had received from Sr. Lucia dos Santos of Fatima (as reported by Rorate here):

At the start of this work entrusted to me by ... John Paul II, I wrote to Sister Lucia of Fatima through her Bishop as I couldn’t do so directly. Unexplainably however, since I didn’t expect an answer, seeing that I had only asked for prayers, I received a very long letter with her signature – now in the Institute’s archives. In it we find written: the final battle between the Lord and the reign of Satan will be about marriage and the family. Don’t be afraid, she added, because anyone who works for the sanctity of marriage and the family will always be fought and opposed in every way, because this is the decisive issue. And then she concluded: however, Our Lady has already crushed its head. [Emphasis by Rorate]

It should be noted, sodomy in history was never accepted by any society in the same way it is today. It was present in some pagan rituals, particularly semitic cults and those of the Levant. It was also accepted in the form of pederasty in Greece and Rome, though to varying degrees. But what we are seeing today, where a percentage of the population actually carries this 'gay' label is entirely unique.