Typically when I think of French Catholic writers I think of Jean Danielou and Henri De Lubac and Louis Bouyer and Vatican II. But I have just also discovered Meditations for Advent,

by Jacques Bossuet. I had not come across this author's name before, and now, rolling out as it does right alongside the Pope's new book on the Infancy Narratives, it is shaping up as a welcome addition to my updated canon of Christmas lit.

"Sonorous prose ... Lofty monuments of French style..." How often do you hear Catholic reading commended with such descriptions? And while it's seldom that someone entices by an exercise in name dropping that leaves me feeling woefully ignorant of an entire tradition, that's exactly the net effect former preacher to the papal household Romanus Cessario manages in his introduction.

Christopher Blum's uncluttered translation pays Bossuet the compliment of being straightforward and nicely accessible. Elsewhere our translator sets up Bossuet's preaching by explaining the latter's conviction that "God... is normally quiet. In the face of his reserve, our hardened hearts quickly become deaf to his goodness... Into the breach step [his] preachers. They are the 'clear and intelligible voice' of God, calling all Christians to repent..." Sounds almost reminiscent of the Protestant definition of an evangelist to me [not suggesting that's a bad thing].

Anyway, for a sample of Bossuet's style, here is his take on Mary's virginity, rather poetically realized:

Here then is a new created dignity upon the earth, the dignity of the Mother of God, which includes graces so great that thought must not attempt or even hope to understand them. The perfect virginity of body and soul is part of this high dignity. For if concupiscence, which since the Fall ordinarily attaches to the conception of men, had been found in this one, Jesus Christ would have contracted the primitive stain, He, the one who came to efface it... Chaste mysteries of Christianity, how pure we must be to understand them! Yet how much more pure we must be to express them in our lives by the sincere practice of Christian truth! We no longer belong to the earth, we whose faith is so exalted: “Our commonwealth is in heaven.” (Phil 3.20).[i]

Then there is this explanation of the dignity reflected in the profile of Joseph:

In my plan of basing the praise of Saint Joseph not upon doubtful conjectures, but upon a solid doctrine drawn from Holy Scriptures and the Fathers, [I present] this great saint to you as a man singled out to guard God’s treasure and to be his trustee here below… It is a simple matter to show you how estimable is this quality. For the name of a trustee is a mark of honor and testifies to probity; if, in order to confide a trust, we choose the one whose virtue Is most assured, whose fidelity is most proven, and finally, the one who is the most intimate and most confidential of our friends, then how shall we measure the glory of Saint Joseph? God made him the trustee not only of blessed Mary, whose angelic purity made her so acceptable in his eyes, but still more of his own Son, the sole object of his delight and the unique hope of our salvation. Saint Joseph he made the trustee of the common treasure of God and man: the person of Jesus Christ. What eloquence could equal the grandeur and majesty of that title.[ii]

And finally, if such snippets successfully pique you interest, here is Cesarrio’s complete introduction to Jacques-Benigne Boussuet, a Frenchman I suspect we may count ourselves remiss for not knowing sooner. His devotional is another addtion to the consistently good titles being reprinted over at Sophia Institute Press. Happy meeting. 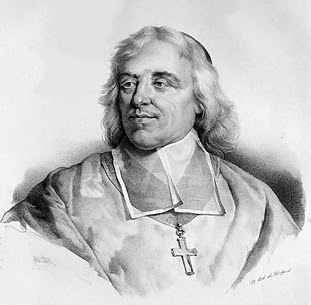 “There is enough here for both heart and mind ...”

Every year our holy mother the Church invites us to make our way back to Bethlehem. And when we arrive, what is it that we see there? Nothing but “three poor people who love one another,” as the poet Claudel said, but three poor people who “will change the face of the earth.” [And] like the Holy Family, we too are poor. Yet we are poor in the very way that they were rich, and rich in the way that they were poor. And this is why we sorely need Advent as an annual occasion to listen to the prophet Isaiah, to marvel at the Annunciation, the Visitation, and the birth of Saint John the Baptist, to enter more deeply into the meaning of those two great songs of faith that frame the Church’s daily prayer, the Benedictus and the Magnificat, and to join Saint Joseph and the Blessed Virgin in silent adoration of the incarnate Son of God. For just such an Advent journey of contemplation, this slim volume is an admirable vade mecum. In it you will find a distillation of the doctrine and the piety of an eloquent preacher and a man of deep and weighty prayer.

The days are not so long ago when the figure of Jacques-Bénigne Bossuet (1627-1704) needed no introduction and when the very thought of translating his sublime French into English would have been considered an impertinence. But we no longer live in the world of Monsignor Knox and Mr. Waugh – and certainly not that of Mr. Belloc – a world in which it could be taken for granted that educated men and women read French and that educated Catholics read the right sort of French authors. And so there is another task of resourcement that must be undertaken, a reclaiming of an inheritance, one of whose central figures is the Eagle of Meaux, as the great Bossuet was called, after the name of his bishopric and for his clear vision and elevated style.

Born to an industrious and dignified Burgundian family, Bossuet labored mightily in the vineyard of the Word, as a preacher should. He knew the Scriptures by heart. He read and reread the Fathers, chiefly Saint Augustine. He made his own the doctrine of the Church, especially as transmitted by Saint Thomas Aquinas. With his inimitable craft, he put this solid learning to work, producing monuments of French style such as the funeral orations for the princess Henriette-Marie and the great Condé and becoming the schoolmaster not only of the dauphin, son of the Roi Soleil, but of generations of Catholics in la belle France and wherever the French tongue was read. His Discourse on Universal History and History of the Variations of the Protestant Churches cast a long shadow, shaping minds as varied as Joseph de Maistre and T. S. Eliot, Christopher Dawson, and Paul Claudel.

The work here at hand is a careful selection of forty daily meditations – sufficient to stretch from Thanksgiving into the Octave of Christmas – taken from a much longer work, the Elevations a Dieu sur tous les mystéres de la religion chrétienne. The first word of this title defeats easy translation, although its meaning is plain enough. These are texts meant to assist the Christian in the difficult task of lifting the mind to the consideration of God. The notion here is one common to the French School of spirituality that descends from Pierre de Bérulle: that the omnipotent and eternal God is not like us, but because of his infinite condescension in becoming man, we are apt to think that he is. And so, as an astute commentator on Bossuet has said, these meditations spring in part from the author’s conviction that “the majority of our errors in the Christian life and particularly in the life of devotion arise from our failure sufficiently to respect God, from our failure to esteem him highly enough.”

It is Bossuet’s lofty sense of God’s grandeur that gives us the sonorous meditations on the Creation, on the Word, and on the priesthood of Jesus Christ. Yet the same Bossuet who was heir to the austere theological vision of Cardinal de Bérulle was equally the follower of the mild Saint Francis de Sales and the charitable Saint Vincent de Paul. So here too we find stirring calls to poverty, silence, and simplicity of life within the context of reflections on the Blessed Virgin and – in one of the earliest and most celebrated examples of its kind – a sermon in appreciation of the holy patriarch Saint Joseph. The Father, as we are told by the Incarnate Word himself, seeks souls who will adore him “in spirit and in truth” (John 4:23). There is work enough here for both heart and mind, and these gleanings from Bossuet’s harvest of the French School of spiriitua1ity are trustworthy help for the task.[iii] 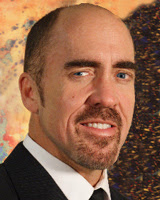 Joe Martin is Assistant professor of Communication & Graphic Design at Hampton University, where he keeps a watchful eye on students’ tracking and kerning as well as the Atlantic surf. His favorite Christmas song is Sergio Franchi’s "Buon Natale (Christmastime in Rome)." 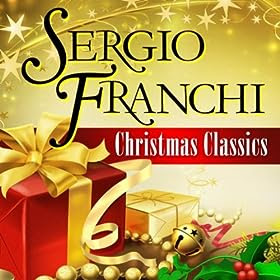 I have never read Bossuet, although I have read about him in various historical articles.

It is a pleasure to learn that there are works of his in print, and to learn what a rich treasure trove of wisdom and breadth of learning he has to share.

Twice I have had the pleasure of meeting Fr. Cessario, and both times he impressed me, despite a certain flamboyance, as having a fairly profound grasp of Catholic history and theology.

Thanks for sharing this piece, Dr. Martin, and to you, PP, for posting it.

That and the bit about God being normally quiet, and counting preachers with clear voices stepping into the breach.

But where in the Catholic world can one find any of this today?

The Church is dying for want beauty, goodness, and truth.

The "auto-destruction of the Catholic Church" (Paul VI).

The "decomposition of Catholicism" (Louis Bouyer).

The "Roman rite is dead" (Jungmann).