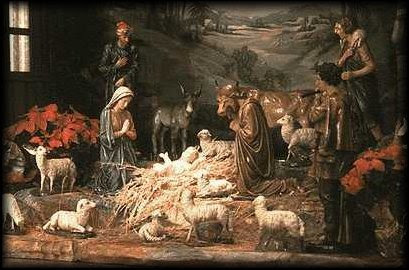 Nearly every Christmas, it seems, NEWSWEEK or TIME or some television special will featre the "latest scholarship" concerning the "authenticity" of the Christmas story. The scholarly authorities cited are consistently and incorrigibly one-sided, usually including scholars like John Dominic Crossan who dissent from Church teaching, or more ostensibly mainline scholars like Raymond E. Brown (now deceased) who have been quite thoroughly corrupted by the Humean philosophical presuppositions of the historical-criticism of the biblical narrative. This year we've seen the Archbishop of Canterbury, Rowan Williams, call the Christmas story a 'legend' ("Archbishop says nativity 'a legend,'" London Telegraph, December 12, 2007). The upshot is always the conclusion, or at least the suggestion, that the Gospel writers are unreliable and not to be trusted, and certainly not to be taken at face value.

For further reading:Merry Christmas everyone!
Posted by Pertinacious Papist at 3:29 PM
Email ThisBlogThis!Share to TwitterShare to FacebookShare to Pinterest
Labels: Holiday